While there is plenty to suggest that the under 2s shouldn’t watch TV at all, I’m a bit of a lazy parent so mine did. In fact, they watched TV for the first time at about 4 weeks old when I discovered that the TV would distract them from their colicky screaming for 5 whole minutes. At the time, the Simpsons seemed to be the most effective but since then they have fallen in love with, and discarded, a whole host of shows. Here is a guide to the TV phases your child will go to before you reach the Holy Grail of them joining you for some family friendly shows on a Saturday night.

By this I mean the Chanel by the same name on Sky. Its existence alone allowed me to feel less bad about letting my baby watch TV because, if it existed, other parents must be doing it too. We would put it on at 5pm every day to get us through that last grumpy hour before the bedtime routine could reasonably be started. Our favourite show was called “Mouse Builders” which featured mice who were building a house. In each episode they’d take delivery of a wrapped item and guessing what it would be became a game. Amazing what you’ll find entertaining when you’ve been home with a baby all day.

Peppa Pig arrived in our house around the same time as Girl Child, at which point most rules about the TV went out of the window in favour of surviving having a toddler and a newborn. She gets a bad press but I actually love the way she introduces new experiences to kids. Any first experience your child is about to have, chances are, Peppa has already done it. If she was up for it, your kid likely will be too.

With a two year age gap, Peppa remained in my house for a good few years before she was eventually replaced by the Paw Patrol. You really don’t know what you’ve got till it’s gone. A town run by a crazy mayor and her deputy, who happens to be a chicken, unsurprisingly needs regular rescue. The fact that these rescues are carried out by a ten year old boy and his puppies seems to be no cause for concern.

Once they hit infants school, both of my children went down the superhero route. For Boy Child, it was The Power Rangers. You may remember The Power Rangers from your youth. Unlike Fireman Sam, Postman Pat and Blue Peter, it hasn’t changed. The dialogue is still corny and special effects hilarious. I’ve no idea how it has survived this many generations. It’s must have some appeal that, as an adult, I just can’t see. Girl Child preferred the more traditional superheroes, with Spider-Man being her number one choice. The trouble is, while all of the merchandise is marketed at young children, a lot of the shows are a bit scary. This meant I had to watch them with her. This got significantly in the way of my “using the TV as a baby sitter strategy”.

Phineas and Ferb is my most favourite of all the kids TV shows. My kids started watching it at about 5 and 7 and kept watching it for almost a year. It features a blended family who have three kids, the genius boys, Phineas and Ferb, who keep making crazy inventions and their sister Candace who spends most of her time trying to get their parents to notice what the boys are up too. There is also a side story about an evil doctor who Phineas and Ferb’s pet platypus is trying to destroy. It’s clever, funny and full of good messages without being obvious about it. I was heartbroken when the kids finally moved on and still watch the odd episode by myself.

It took me a while to like any of the Cartoon Network shows because I was comparing them all to Phineas and Ferb. Eventually I came around. The kids loved Teen Titans, We Bare Bears and The Amazing World of Gumball. There are lots of jokes for adults in these shows, and while that’s great for me, I do sometimes wonder what my kids like about them because I’m sure much of it goes over their heads.

Finally, this year, at 6 and 8, the kids discovered CBBC. Instead of cartoons, they now watch football dramas, historical quizzes and non fiction series, some of it is even educational! It started with the Pets Factor, then they found Gym Stars and now they rarely watch any other Chanel. Current favourites include Operation Ouch (especially when they are talking about poo), The Dengineers (show about crazy parents who let a TV crew come and build their kid a den in the garden) and Newsround (where they often learn about the environment and then nag me about reducing my single use plastic consumption).

For the most part, I’d say that kids TV improves over the years. I’d certainly take Cartoon Network over Baby TV and CBBC over CBeebies. My kids probably are ready to join us for Saturday night family viewing now, they’re just waiting for me to be ready to give up my child free Saturday evenings! I’d love to know which kids TV shows you love and hate. 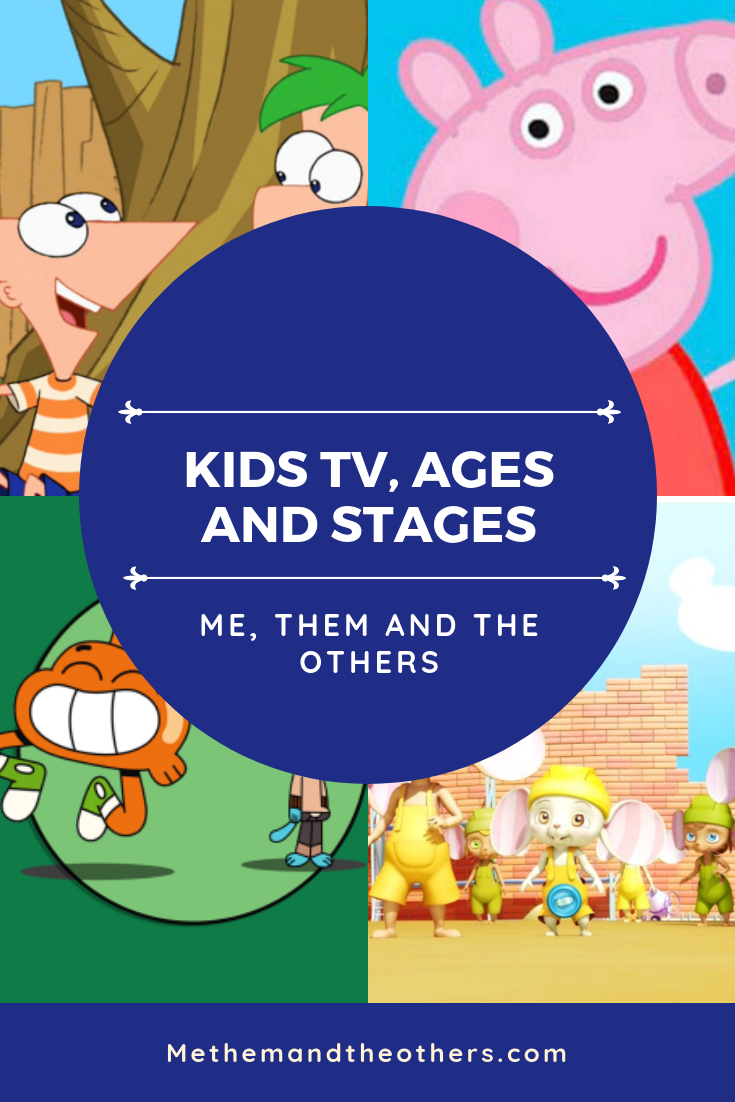