You are here: Home / Babies and Toddlers / Toddlers / What is a Danger Nap? 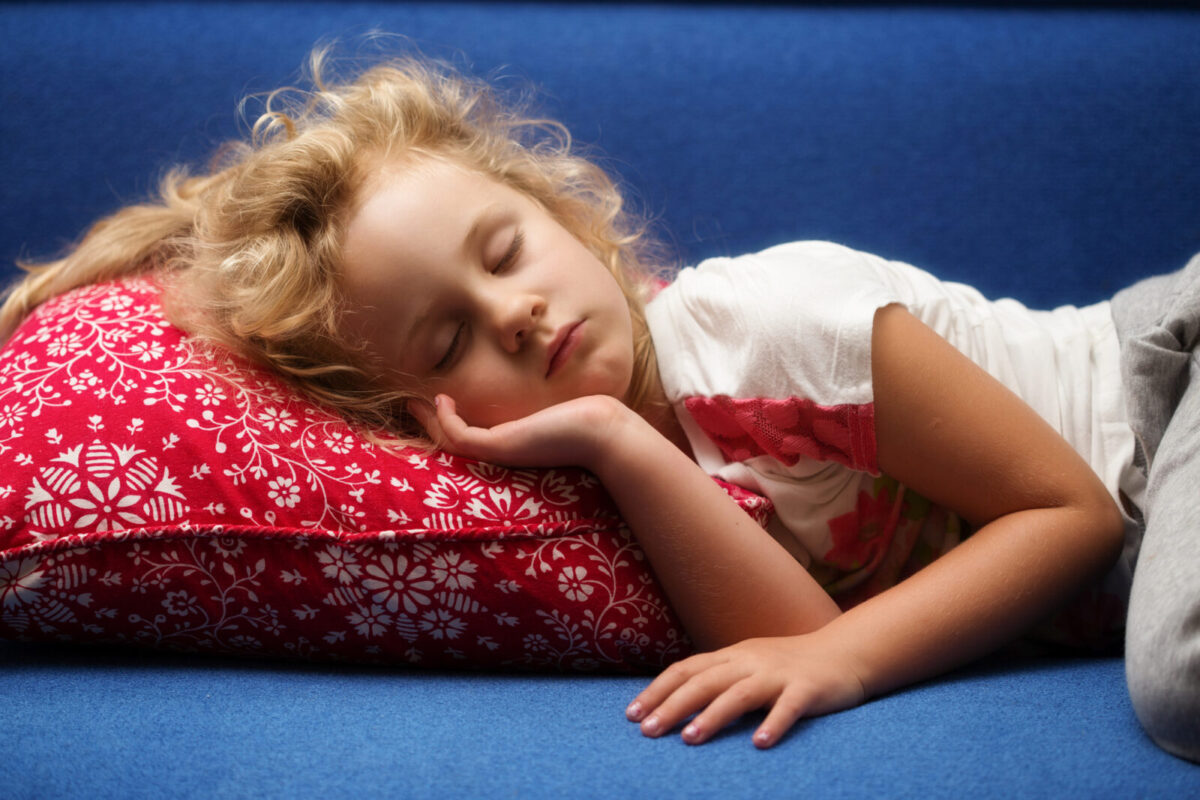 If you move in parenting circles you may have heard the term danger nap uttered in whispered horror by mums and dads. You might even have experienced it for yourself. Personally, I was so frightened of them, I used to have nightmares that my toddler had taken a danger nap. But what is a danger nap? And why are they such a problem?

What is a Danger Nap

A danger nap, is a nap taken at a time that means it will interfere with nighttime sleep.

If a child sleeps too late in the afternoon, the result will be a child who does not want to go to bed at their normal time. The impact of the nap on bedtime is often hugely disproportionate to the amount of sleep the child had in the danger nap. A ten minute nap in the danger nap timezone can result in hours of delay to bedtime.

Danger naps can also happen earlier in the day. This is where your baby or toddler falls asleep at a time where it interferes with their next schedule nap.

How late a nap can be without interfering with bedtime varies by age. Many babies can wake from afternoon nap at 5pm and happily go to sleep for the night at 7. As they get older, the amount of time they need between the end of a nap and bedtime increases. How late your child can nap and still settle at bedtime will depend on their age.

What is considered a Danger Nap in Toddlers

For most toddlers, any sleep that happens after 4pm will constitute a danger nap. While it will vary by child, 4pm is usually the time a toddler needs to be awake by to avoid the nap interfering with a happy bedtime.

What is Considered a Danger Nap in Preschoolers

For the average preschooler, danger naps are naps that happen after around 3pm. This often presents a problem if they are in preschool for a full day and come home exhausted. It can also be a problem if you have an older child to pick up from school and the car or buggy ride presents the perfect opportunity for a danger nap.

Why Do Danger Naps Happens?

There are four main causes of danger naps:

If you have an early riser, check out this post on early morning waking in babies and toddlers

At What Age Should a Child Stop Taking an Afternoon Nap?

While some children nap until they start school (yes, really, mine did), some are done with naps by their second birthday (although nap resistance doesn’t necessarily mean they don’t need the nap!). If your child is still willing to nap, in general, it’s fine to let them. The only time your child is definitely too old to have an afternoon nap is when any afternoon sleep becomes a danger nap. If the afternoon nap is interfering with settling at bedtime, then it’s time to drop it.

How to Avoid These Naps Happening

The best way to avoid danger naps is with a solid routine. My fear of danger naps and the impact they would have on bedtime is one of the main reasons I was so strict about our routine. A good routine will help a child carry on having a nap at their regular time until they are really ready to drop it and this will minimise the transition period between needing a nap and not needing a nap.

As they start to settle for their nap less easily, you can start the nap a bit later but wake them from it at the same time as you’ve done previously. This can mean they are a bit grumpy when they first wake up, but it usually passes fairly quickly.

Be on the look out for signs that they might be about to drop off. You might need to do fairly active things to keep them awake. If you leave the room and come back to find a danger nap in progress, try and turn it into a power nap instead. Let them sleep for twenty minutes then wake them up with a snack and a drink. It’s likely it will still impact bedtime but hopefully less so than a full nap would.

How to Avoid Danger Naps When You’re Out and About

Cars and pushchairs are the biggest culprits for causing danger naps. Most toddlers will find the lull of motion irresistible if they are at all sleepy. If you can avoid the car or pushchair during the danger nap timezone, then definitely do, but if you can’t, read on for some tips on how to keep them awake.

Keeping a Toddler Awake in the Pushchair

Talking is really good for keeping them awake on the move. In the pushchair I would ask lots of questions to keep them engaged. Another good trick is to get them to spot things, for example, can you see anything red? Can you see any animals?

Letting toddlers snack in the pushchair can also work well. If you don’t want them to have extra food you can try and time your journey with snack time or just let them have some vegetable sticks to chew on.

The toys you can get to go on pushchairs can help but they become boring pretty quickly. If you have a few different ones you can rotate them to keep the novelty.

Keeping Toddlers Awake in the Car

Lots of the tricks mentioned above can be used in the car too. You can get them to look out for cars of different colours or play colour based i-spy.

Consider giving them something nice to drink. My children only had squash as a treat so if I really needed them to stay awake in the car I would give them a bottle of squash for the journey.

We couldn’t give our children toys in the car because they got very car sick, but it’s worth trying if your children don’t suffer. Devices like iPads or phones might also be an option but they may not be interactive enough for some children.

For advice on travel sickness, check out this post on toddler car sickness

In the car, I found singing really effective for keeping toddlers awake. I would sing nursery rhymes really loudly (and badly!) and encourage them to join in. You can also play loud music but I’ve found getting them to sing along is more effective.

In the car, fresh air is your friend, so open the windows. The warmer it is, the more likely they are to sleep, so recreating the artic with the air con is also worth a try. Make sure you remove coats before you travel, both to keep them cool and for safety.

If you have a passenger or an older child who can sit in the back and engage them that’s definitely worth doing. A poke from an older sibling is excellent for keeping a toddler awake.

What to Do if your Toddler has had a Danger Nap

Surviving a danger isn’t easy, but it is possible. The first thing to do is make the time between the end of the danger nap and bedtime as active as possible. If you can get them out in the fresh air, that can really help.

If this is your first experience with a danger nap, I would suggest adjusting bedtime to at least half an hour later than usual. If you’ve had one before then you’ll have an idea of how much impact the nap is likely to have had and when it’s realistic to expect them to sleep. It’s tempting to just try and stick to routine but putting them to bed when they aren’t sleepy just sets up a fight that they will likely want to carry on even once they are tired. It’s useful to watch them closely for signs they are sleepy and get them ready for bed as soon as you see them.

If you don’t normally do a bath before bed then I’d add one in. The process of your body cooling down after a bath helps to make you feel tired. If your toddler has given up their milk before bed you could also reinstate that. The tryptophan in milk helps aid sleep. You can also find it in chicken, turkey, eggs and cheese so you could even go so far as to give them a high tryptophan dinner.

Danger naps can really ruin your evening but they are usually related to a phase in life and shouldn’t become a regular feature. Hopefully these tips will help you to avoid them as much as possible and deal with them if they do happen.