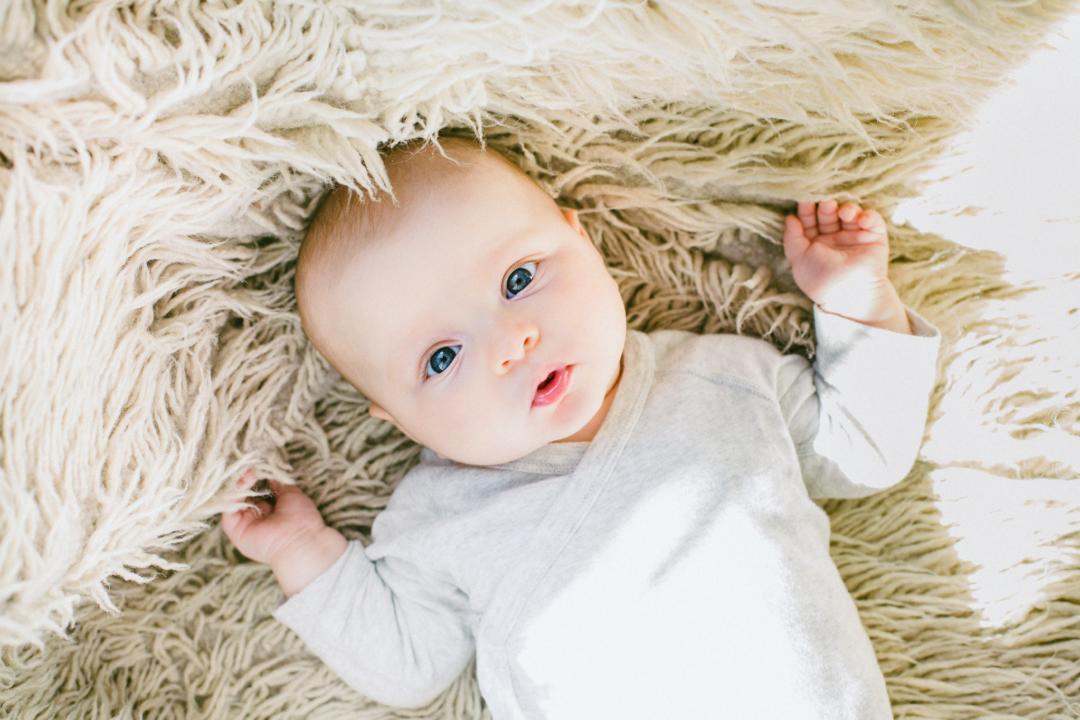 When you’ve finally managed to get your baby or toddler sleep through the night, you’ll be over joyed. Baby sleep is the holy grail of parenting. To start with, even if they insist on starting the day at 5am, you’ll be over the moon if you get 6 hours hours of unbroken sleep. However, after a while, you’ll begin to wonder weather baby’s wake time means you’ll never get a lie in again. Or at least not start the day when the first number on your alarm clock is a 5. Here some tips for dealing with early morning wakings in babies and toddlers.

When they are born, babies need to wake every few hours to feed. Once they are bigger, they can go for longer periods of time without food but their circadian rhythms, which is like an internal body clock, hasn’t settled yet into a longer sleep pattern. While we all move through deeper and lighter sleep phases at night, for babies and toddlers, when they move into a lighter phase, it can sometimes become too light and they become fully awake. If they’ve slept all night until that point, it’s likely they won’t feel tired enough to go back to sleep.

Is Anything Disturbing Them?

Painful as it sounds, the first thing you should do is a set an alarm to wake yourself  little while before your baby or toddler usually wakes. You should then go quietly to their room, or close by, and listen to see if there are any sounds that could be waking them. It could be that your neighbours leave for work very early or your cat tends to crash through the cat flap at the same sort of time every morning.

Is there Something Exciting Happening in their Lives Right Now?

We all love seeing our little ones hit new milestones but unfortunately those milestones often interfere with sleep. If your baby is just learning to roll over or your toddler is learning to climb, it’s quite likely the excitement about these challenges, and the urge to practice them, is contributing to their desire to start the day in the early morning hours. All you can do fir this is make sure they have lots of time to practice during the day. Avoid them being strapped in pushchairs and car seats for too long, or even held too much if they don’t want to be.

Have you got a Good Sleep Schedule?

A solid routine can really help babies and toddlers to get to sleep quicker and stay that way for longer. If you don’t yet have set bedtimes, nap times and mealtimes I would start by implementing a routine for these. It doesn’t have to be set in stone but having things happen at roughly the same time everyday can help babies and toddlers sleep better.

Put them to Bed Earlier..

Seems counter intuitive I know, but being over tired can lead to early morning waking in babies and toddlers. Have a look at the recommended amount of sleep for your baby or toddlers age. If they are getting less than that or even only just that, try an earlier bedtime. Start with fifteen minutes earlier and if they settle to sleep well, try another fifteen minutes earlier the next night. Keep increasing it until they don’t seem ready for sleep when you put them down.

..But Don’t put them to Bed Later

What ever you do, don’t try a later bedtime. All experienced parents know that even if you put your baby to bed at midnight, it won’t stop them waking up too early. If they are getting too much sleep for their age, don’t reduce the night sleep but look at reducing naps instead, as described below.

Make Changes to their Daytime Sleep

If your baby or toddler is getting more than the recommended amount of sleep, you’ll want to try reducing their naps. That might mean reducing the length of the nap or, if they still have more than one nap, cutting one out.

Even if your baby or toddler is getting the right amount of sleep, you might need to make some adjustments to nap time. A common cause of early morning waking in babies is starting the morning nap too early. Try extending the period of awake time between waking and the start of the morning nap to see if they has any impact on wake up time.

Make it Dark to Avoid Early Morning Waking in Babies

The clocks changing can be an absolute nightmare for parents who are trying to get a baby or toddler into a sleep routine. I recommend getting some black out blinds. Darkness can have a really positive effect on baby waking times. You can us the suction cup type (which do still let some light in) or go all out with the kind where you stick Velcro to your window frame and then attach the blind to that. This means that your baby or toddler is less likely to think it’s morning just because the sun is shining so when they come into a light sleep phase there is more chance of them dropping off again.

This is another counter intuitive method that really can work but you do have to be brave! Between 15 and 40 minutes before your child would normally wake up, you go into their room and gently rouse them. The idea is not to completely wake them, just to disturb them enough that they start a new sleep cycle.

By getting them to start a new sleep cycle shortly before they would normally wake, they should then stay asleep all the way through he next sleep cycle. How long that will be depends on the age of your child. In young babies, sleep cycles are often only 40 minutes but in toddlers and preschoolers can be up to 90 minutes. This means that in young babies, you’ll want to go in and rouse them about 15 minutes before they’d normally wake and in toddlers more like 30 minutes before.

The idea is that once you’ve done this for around a week, the circadian rhythm adjusts and they continue to sleep later.

Cry it Out For Early Morning Wakings

If you used sleep training with your baby previously you might want to try it for early mornIng waking. You choose a time that you consider to be morning and any wakings before that are treated as night wakings and you follow your cry it out techniques. Unfortunately most people (myself included) find cry it out techniques much less effective for a baby waking early than they are for a baby struggling to sleep. This is because at night babies are genuinely tired and while they might struggle to fall asleep, their bodies do need it. In the morning after they’ve had a whole night of sleep, that isn’t the case. That’s why the more effective methods for avoiding early morning wakings tend to focus on stopping them from waking in the first place or keeping them happy in their bed for longer, even if they are awake.

This one is only really for the toddlers but can be very effective once they are old enough. Gro clocks essentially display a star at night and a sun when it’s morning and children learn that they don’t get up until the sun comes up. The clock comes with a story book to help explain the concept to your child and it is surprisingly effective. Two is the generally recommended age but we introduced a Gro clock at 18 months and it was immediately successful so I’d highly recommend giving it a go.

With older children you can use a regular clock and just put a picture next to it of what the clock will look like when it’s time to get up. We did this with our oldest so that we could pass the Gro Clock on to the youngest rather than buy a new one.

Things to Avoid if your Baby is Waking Early

if your baby wakes early in the morning, it is super tempting to hand over a phone or tablet or sit them in front of the TV. While I certainly won’t be judging if you choose to, the risk is that as soon as your child hits a light sleep phase, their first thought is “oooh, screen time” which, if your kids are anything like mine, will have them leaping out of bed.

I would also suggest not feeding toddlers or older babies as soon as they wake up. If they get in the habit of eating at 5am their bodies will keep waking them up hungry at 5am. If your baby is still young, under six months so not yet really eating solids, there’s a good chance they are waking from hunger so you’ll still need to feedback them right away.

If your baby wakes up at 4am and won’t go back to sleep, it’s generally best to not make the experience too exciting for them. We treated anything before 5am as a night waking but if it was after 5am the approach we took until we were able to get them regularly waking later was to go in when they woke up and and pop a few toys in the cot before sneaking back to bed for half an hour!

If you’ve got an early riser, it can leave you exhausted, particularly if you struggle to sleep yourself but hang in there and they will eventually learn to sleep later.

Enjoyed this Post? Why not Pin it for later!