When I was a child I spent hours playing out in the back garden. It was my go to activity when I was bored. We didn’t have a huge amount of space but it was full of fun stuff that I could get creative with. When I looked at our back garden, while it’s a little bit bigger than mine was, I realised it there wasn’t all that much out there for the kids to do. We still had a lot of plastic toys from when there were little, but they tended to use them in different ways now. The old sand table was getting used to serve pretend food (grass and leaves) in their restaurant role plays, the buckets were being used to mix up up magic potions (more grass and leaves!). I loved that kind of play when I was little so I decided I wanted to provide them with some more things to encourage it. It also fits well with our free range parenting goals.

Random pieces of wood (that aren’t too splintery)

First, I sent the list to my Mum. She is a hoarder and I knew she would likely have some of this stuff hanging around. Once she’d finish being fake offended by the inference that her gardens tended to be full of junk, she provided us with rope, a bucket, some big branches and an old tray. She also got some bricks from a neighbour but insisted on keeping half of those because, you know, she might need them one day!

Next, I sent the list to my Father in Law. Once he got over the phrase “random pieces of wood” (he’s a carpenter), he was able to supply almost everything else. My in laws have one of these houses where they somehow have anything you could possibly need squirrelled away somewhere. He was also able to provide an old tarpaulin and some elastic rope.

Chris had his doubts about my little project. You can always see his heart sink when I come up and say “I’ve got this idea”. Despite his concerns (the mess, the storage, the splinters) he went along with the idea. He had plenty of this type of fun as a child and didn’t really want to deny the children it. 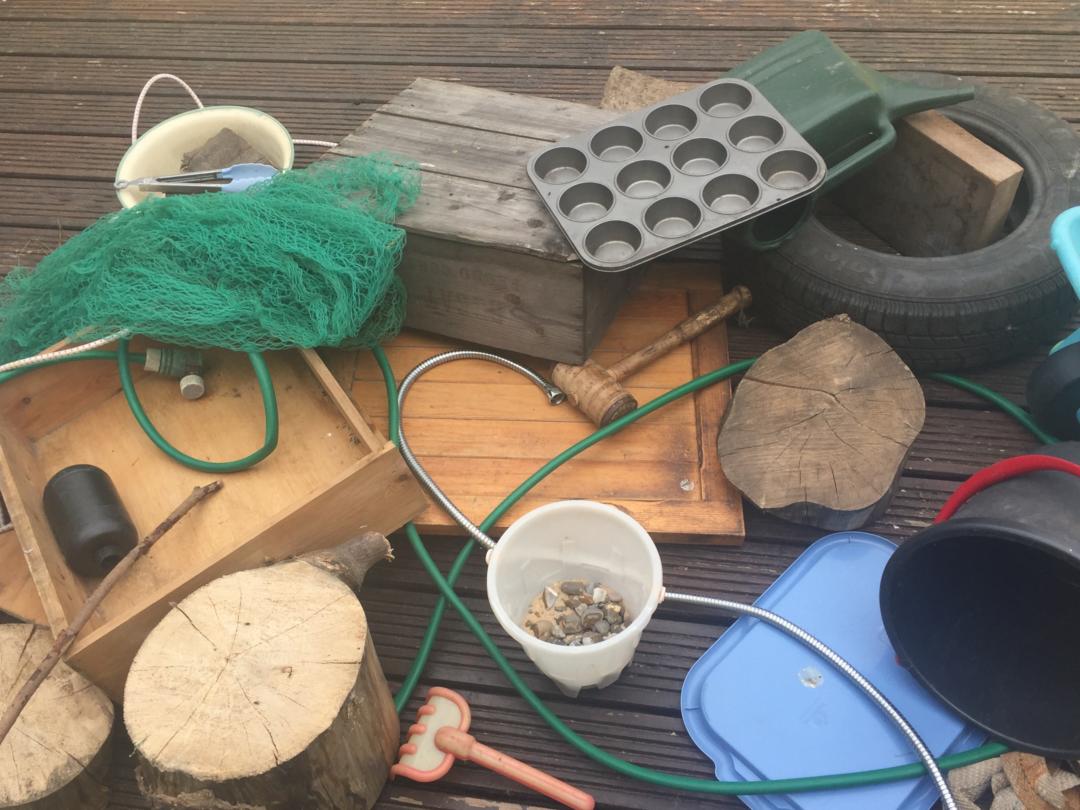 I’d told the kids about the idea and they were keen. When they saw the haul I had gathered, their eyes lit up. Boy Child in particular couldn’t wait to get started. He’s always designing stuff and making things from lego or cardboard so this was his idea of heaven.

At the time of writing, the “junk” has been in the garden for 3 days. Already it’s been made in to dens, tables and chairs, a farm and a barricade for a water fight. It hasn’t yet occurred to them to lay one of the planks against the decking steps and ride their scooters down it, which was always my favourite thing to do, but I’ll let them discover that for themselves. 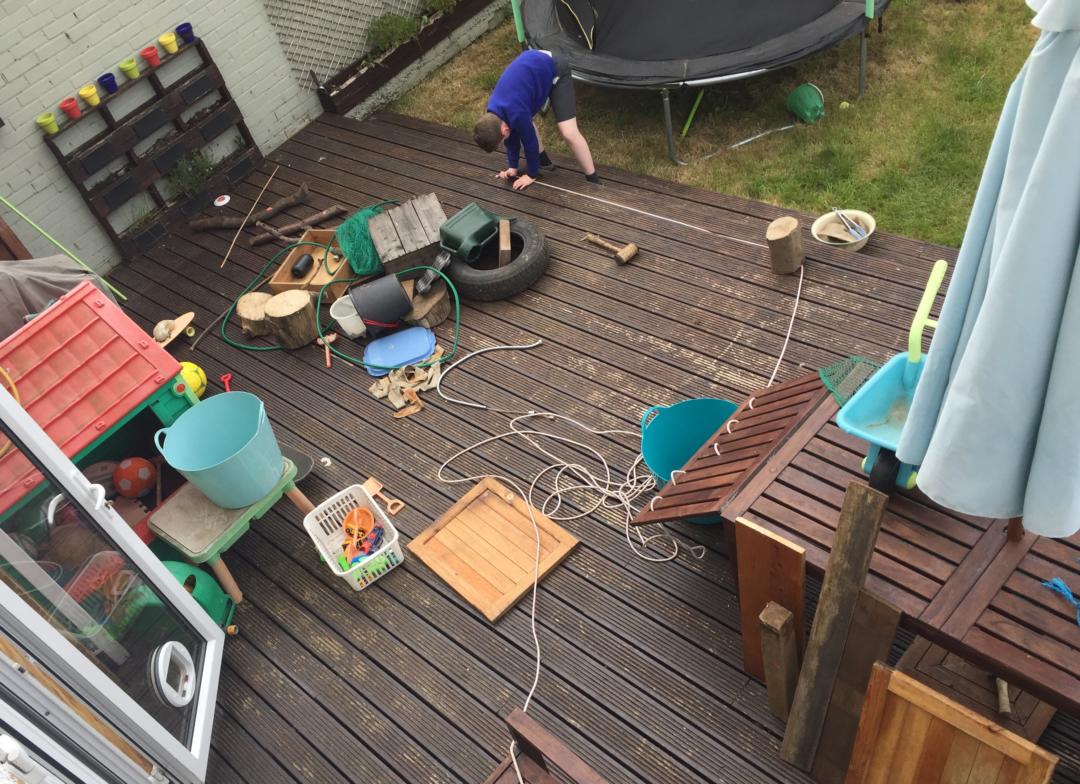 I think this type of play has lots of benefits. It’s great if you aren’t quite ready to let them play out yet. They are using creativity and problem solving skills to turn the things they have into what they need them to be. They are using their imaginations to pretend that one thing is something else.

This kind of play also allows them to experience risk. Some of the wood is a little bit splintery, some of the blocks are heavy. Some of the things they build will involve an element of risk. I feel it’s really important for children to experience some risk so that they can handle it as adults where to consequences of a wrong decision tend to be much bigger.

Finally, they are learning to use teamwork. There are just one of most of the items and so my children are having to learn to work together and negotiate instead of arguing all the time. 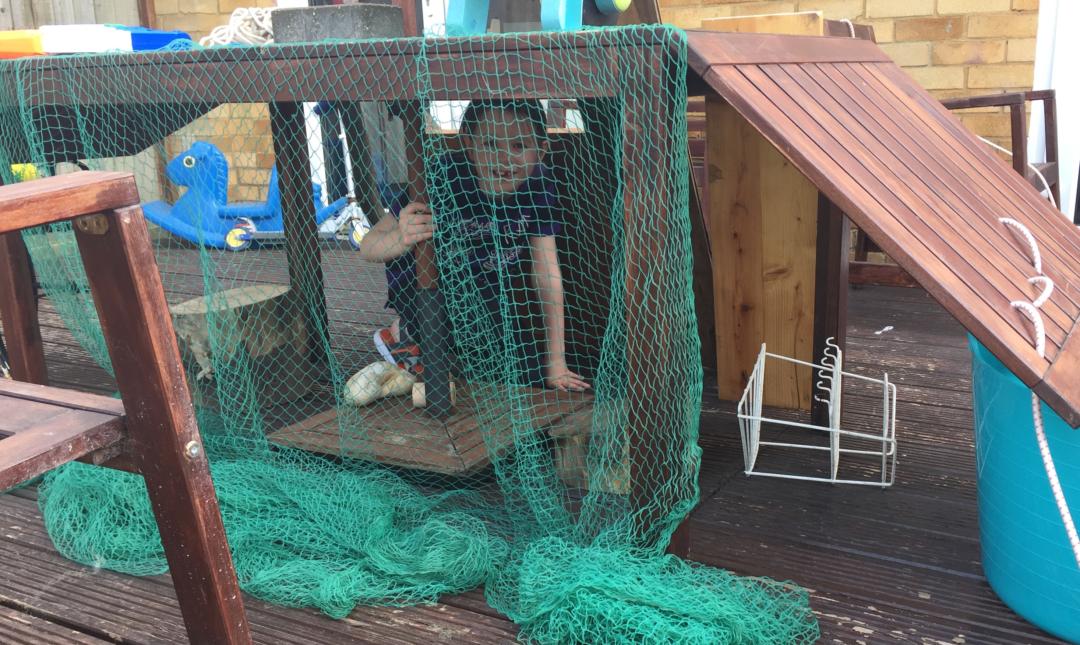 Both the children have been loving playing with the junk. As soon as they get in from school they are straight in the garden messing around with it all. For me, their smiles and the peace it buys me, is totally worth having the garden look a mess. In a few months, Chris and I are having a joint birthday party at our house. I’m looking forward to seeing how other parents and children react to our garden full of “junk”! 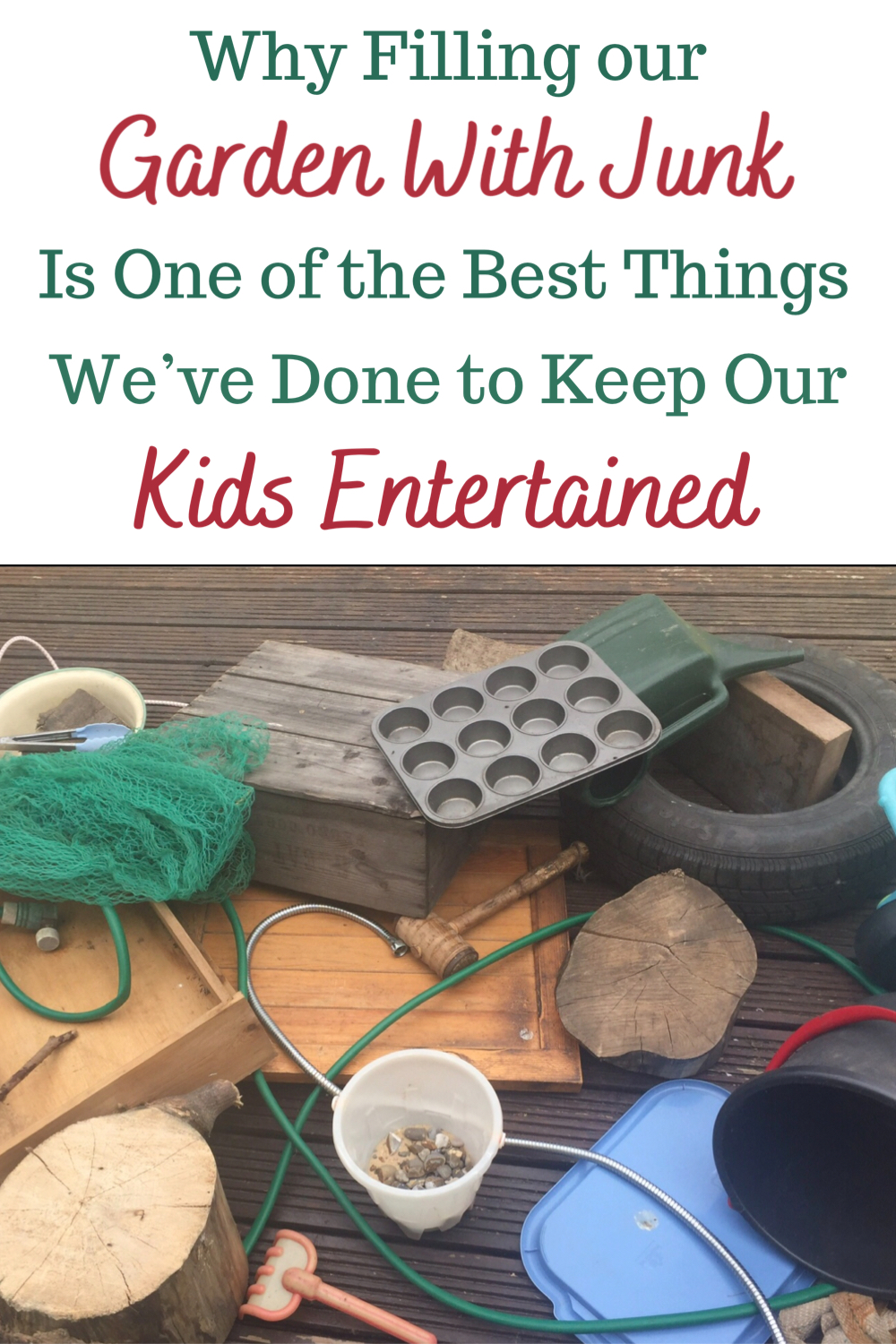