You are here: Home / Parenting Life & Humour / Seasonal / Why I will be a Little Bit Glad When my Kids no Longer Believe

I am a rubbish liar. I’m crap at keeping track of what’s been said to who and I hate keeping secrets. Father Christmas may be a “white lie” but that doesn’t make the lie any easier for me to manage. I minimise how much I have to lie. There’s no elf on my shelf. The Christmas Eve box is made by mummy. Father Christmas doesn’t leave snowy footprints in our living room, although last year he did have a wee in our toilet, Chris’s bright idea after we’d been reading “Father Christmas needs a wee”. While I love the magic of Christmas and would never want my kids to miss out on it, part of me will be a little bit glad when I no longer have to keep up the charade. Here are a few of the reasons why.

Stupidly, Father Christmas wraps the presents he leaves. Not the stocking presents, I don’t have that much time on my hands, just the main one. Obviously he can’t use the same wrapping paper as mummy and daddy, so needs to have his own. This means that each year I have to remember which paper was the big man’s and make sure I don’t use it for something else. Every year I forget and have spend ages going through last years Christmas photos in the hope I managed to get a Father Christmas present in a picture before the paper was torn to shreds by the children.

Another thing I have to keep hidden are the special “love from Santa” labels that he sticks on their presents. I bought them because I became paranoid that the children would recognise my hand writing on the labels. In hindsight, writing the labels with my left hand would have been less stressful than the panic I go through every year when we get the Christmas stuff out of the loft and I realise I’ve forgotten to hide the labels before the kids start emptying the boxes.

My iPad is also a source of stress. At Christmas I have lists for everything and that includes what each child is getting in their stocking. Before they could read this wasn’t a problem. Now every time they so much as look at my iPad I turn into a banshee screaming “Don’t touch it! Don’t touch it!”

Remembering Who Bought What

At Christmas, when you have kids, you buy a lot of toys. Toys from us, toys from other family members, toys for other children and toys from Santa. By February I have no idea which toys were supposed to be from the big man. I have lost count of the number of times I’ve said things like “Mummy thought you’d find that useful” when in fact it was Father Christmas who thought that. Luckily, the kids seem to be as bad at remembering as I am. I’ve gotten away with it but there will come a day when I won’t.

“How does he get in?” “How do the elves make the toys?” “Which is the real Santa?” My kids questions about how Santa get’s the job done are endless. The answer “It’s magic” doesn’t seem to cut it. We’ve now ended up with a special key for Father Christmas to let himself in with, Elves who go shopping at Smyths Toy Superstores and thousands of Santa Claus clones.

The other type of questions we get are about their friends experiences of Santa. I let my children ask for one gift plus Santa fills their stockings with other bits and pieces. Yesterday boy child told me that his friend had given Santa a list of 14 presents he wanted, so why did he only get one? I said something vague about greedy brats and changed the subject but I suspect the question will be repeated.

I’m always very tense in early December while I wait to hear what utter rubbish the kids will be asking Father Christmas for this year. I insist the kids write their letters in the first week of December, therefore locking in their choices. I explain that Santa needs to know early as he has a lot to get. They can’t make his life difficult by changing their minds. He ideally likes to know by Black Friday so he can’t get the best deal.

Once they start talking about what they might ask for, I start feverishly googling the items. I need to check that a) they are in stock, b) they aren’t too horrendously expensive and c) they actually exist. If they are not in stock, I start subtly steering them towards other items. This year, Girl Child was after a particular Roblox set (like I said, they ask for utter rubbish). It was out of stock at the toy shops and selling for twice its RRP on eBay. She was gently steered towards an alternative set. If they are too expensive and subtle steering doesn’t work, I explain that Father Christmas has limited resources for all the children so we need to ask for something a bit cheaper. Not very magical but I’m not spending £100 on a hot wheels super deluxe garage that I know will be played with for a week then ignored for evermore.

Don’t get me wrong, I love Christmas. I just find all the deception a bit, well, deceptive. So while I will be sad when the magic ends, I’ll also enjoy a simpler Christmas. I’m now off to delete all traces of this post from my iPad, just in case. 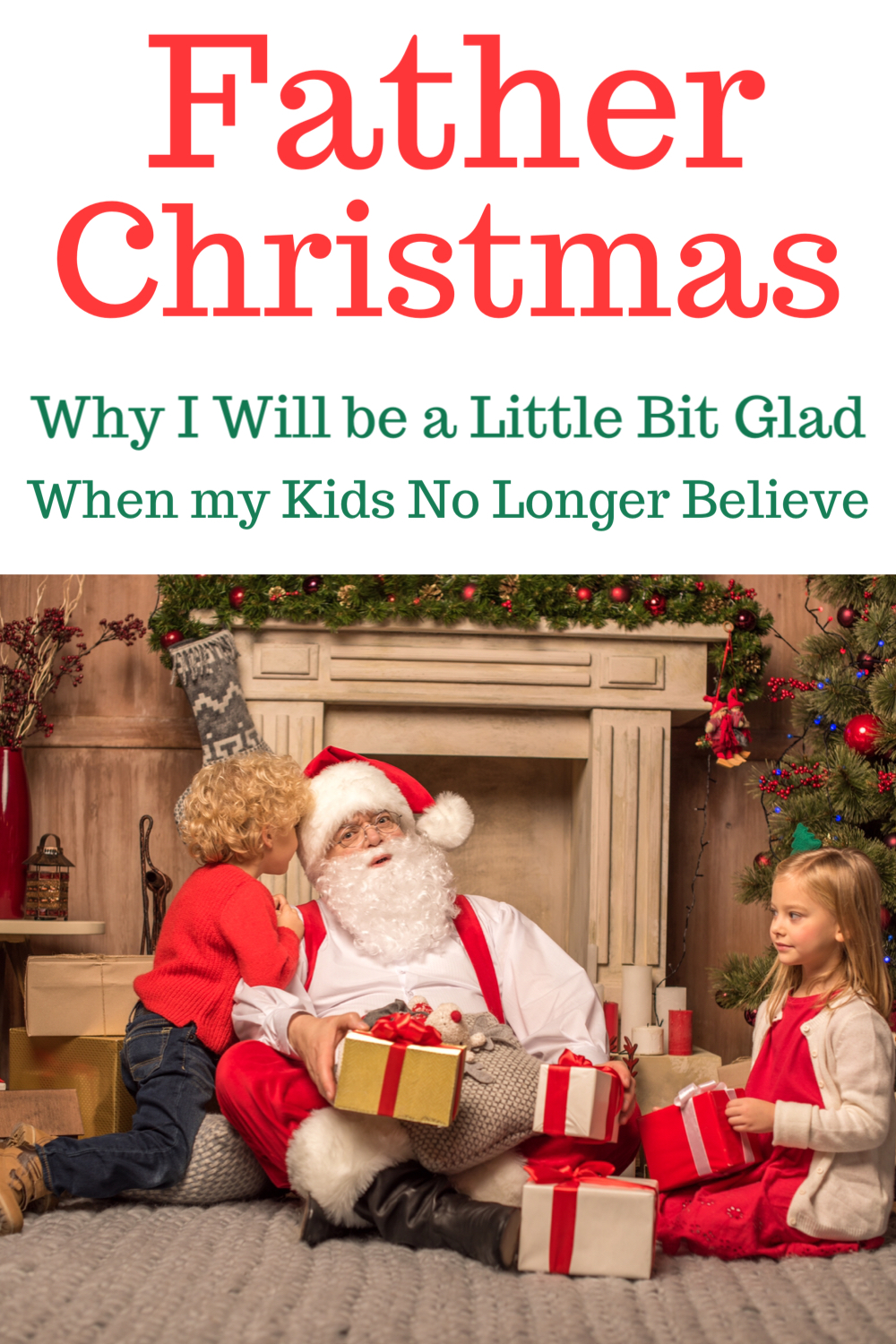