What is the Reception/year one party deluge? I hear you ask. It starts when primary school begins, between the Christmas your child is in reception until the Christmas when they are in year one. During this time many Mum’s (presumably against their better judgement) decide they should hold an all class reception birthday party for their child.

It’s not usually too bad in the first term of reception. At that point, people tend to feel they don’t know the kids (or the parents) enough to invite them to a two hour shin dig. It ends by the Christmas of year one because by that time, most parents have thrown an all class party and sworn never to do it again. Girl child is currently in year one so we are just reaching the end of this seemingly endless round of birthday celebrations. Here are some tips on surviving kid’s birthday parties.

Firstly, never let your child be involved in choosing the gift. Unless it’s their bestie’s party, it’s highly unlikely they will have any idea what the child likes. They will just choose something they fancy themselves, usually with a ludicrous price tag. My budget is between £5 and £10 depending on a) How close they are with my child b) How much I like the parent and therefore how bad I would feel for adding more tat to their house and c) Weather I plan ahead and find a good bargain or have to grab something full (read: extortionate) price in Smyth’s at the last minute. While on the subject of last minute gifts, Amazon Prime is your friend. It means you only have to remember the party one day ahead.

Once you’ve bought the present, don’t forget to wrap it and take it with you. Forgetting this essential step is often my downfall and I’m sure the parents think I just forgot to buy anything. Surviving kid’s birthday parties is harder when the parent of the birthday child is giving you the stink eye.

I’ve found it best to stock pile these. In my town we have two card shops opposite each other who seem to be trying to out do each other in deals. First it was 5 for £1, the £10 for £1 and last week I actually saw 20 for £1. When it’s your child’s birthday you’ll quickly realise that all parents do this. You will have a large number of the same card that have come from these deals. For some reason kids seem to get very excited about duplicate cards, so it’s good news all round.

Many parents will encourage their child to write the card themselves. If you find yourself signing birthday cards with your left hand to make it look like they’ve done it themselves, you won’t be alone.

Just do it! Parents who don’t RSVP to invites are pariahs of the playground. Don’t be that Mum. You don’t have to say yes to every invite if your child doesn’t want to go (or you can stand another two hours of screaming kids in a soft play) but you do have to tell people when it’s a no.

Should I Stay or Should I go?

In an ideal world, you make this decision based on how good the coffee is/if your friends are going to be there/if they’ve laid on food for the adults. In reality it’s unlikely to be the done thing to leave your child as this age. Having said that, some mums (usually mum’s with older children who’s younger children are accustomed to fending for themselves) do, even from reception. I did in fact leave boy child at a party in year 1 but only because he pretty much kicked me out. He’s always liked his independence (either that or I’d already become the embarrassing mum). I suspect girl child will still want me to attend her parties well in to juniors (oh joy).

If you want to get out of going to parties then the best way is to get a family member to take them (Dads, Grans Aunts, second cousins, twice removed) or team up with another mum and take turns, that way the amount of time you each spend surviving kid’s birthday parties will be halved.

Who knew there was kid’s party etiquette? Some Mums will love the chance to chat with other parents at a kids party. Others will consider spending their weekends with the same mums they’ve had to make small talk with in the playground all week to be a nightmare of epic proportions. For me, it depends who’s there. There are a couple of mums from both of my kid’s classes who I’m happy to while a way a couple of hours with, they make surviving kid’s birthday parties much easier. If they aren’t there I have to work very hard to resist the temptation to bury myself in my phone. When Dad’s attend parties it seems to be totally acceptable for them to stare at their phone for two hours. Another good reason to send the other half.

The bit that all the kids are waiting for. And all the mums are dreading. Will it be a huge cone of sweets to send the kids in to a massive sugar high? Or will it be a bag of small, plastic tat that will delight your children for five minutes then clutter your house for a month before you sneak them into the bin? There really are no (parent) winners here.

I’m grateful that my children get invited to parties, they have great fun and I never actually say no unless we are otherwise engaged but I am looking forward to attending a few less in the next year. 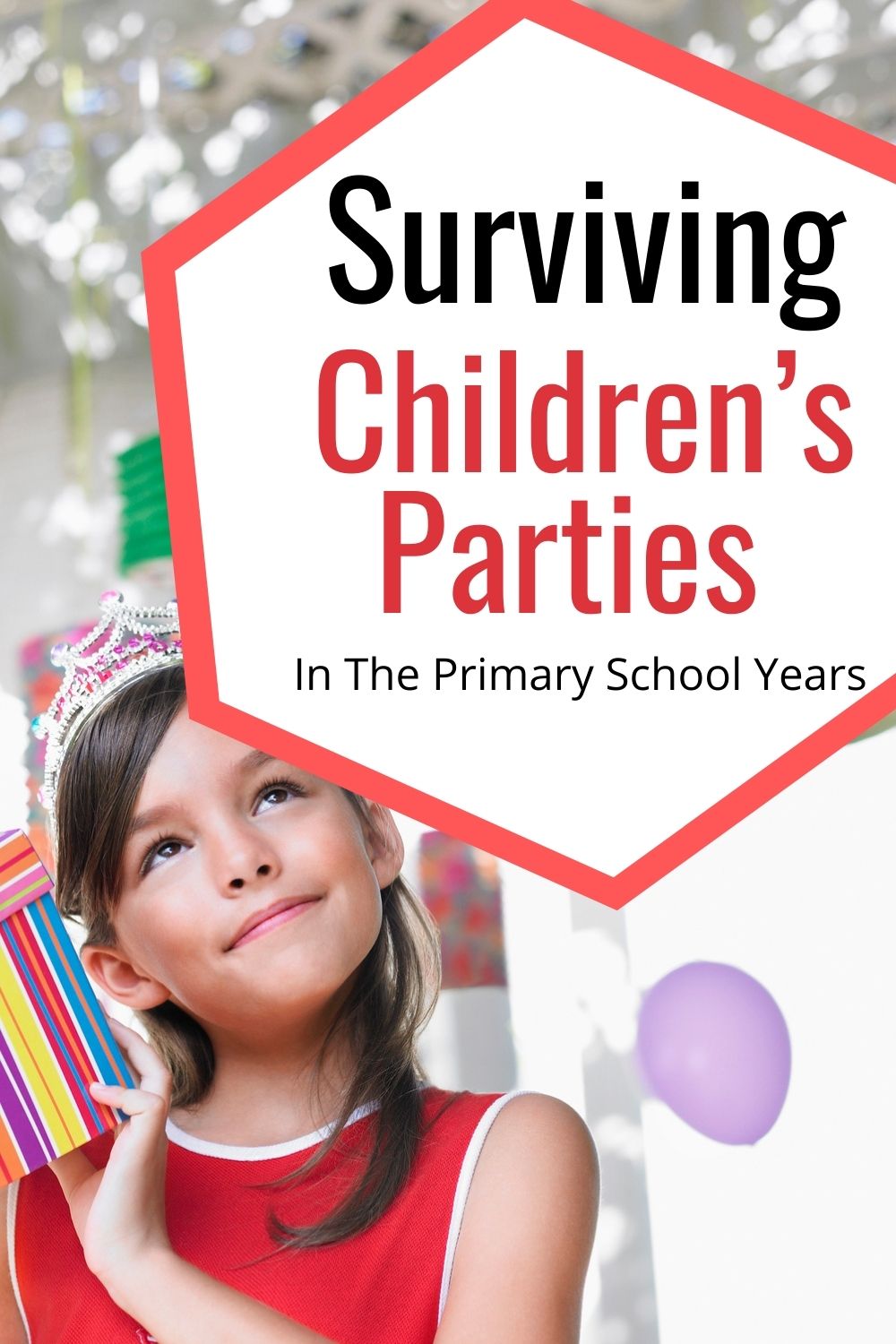