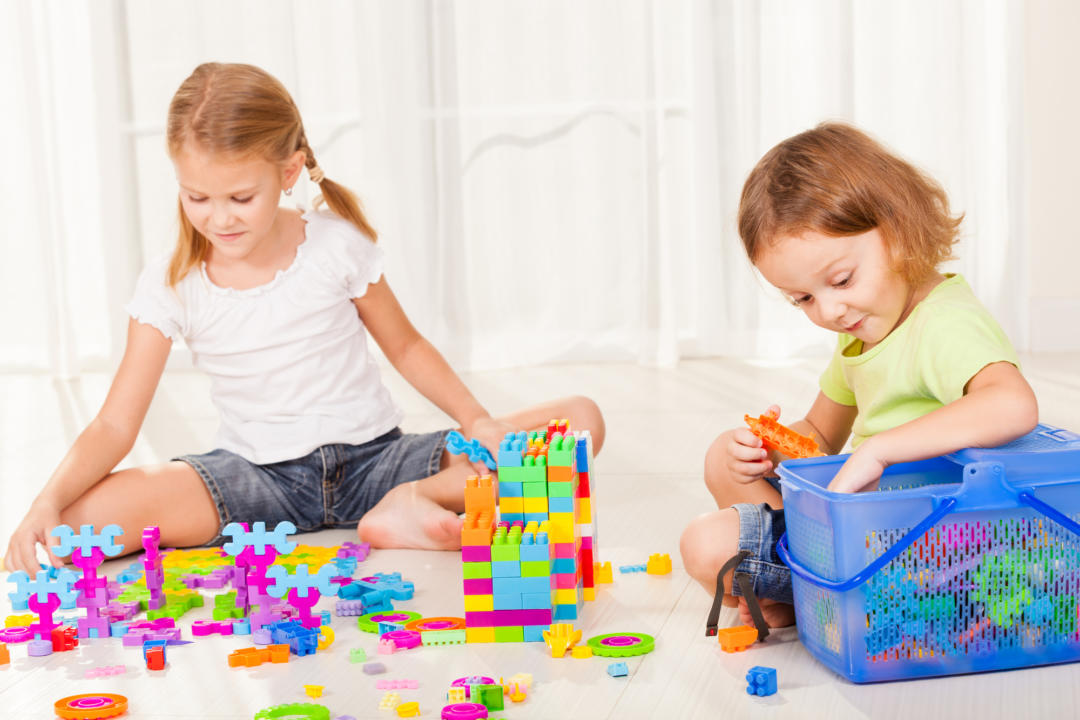 If you thought your younger child only played with a limited amount of their toys, wait until they reach school age. Don’t get me wrong, they still beg for latest thing they’ve seen on a TV ad, the novelty when they get it just seems to last even less time. My children are 7 and 9, so I’ve gone almost although way through this age range and, while it’s frustrating to watch them beg for something that they don’t then play with, seeing them really get into the things they do love is great. Here are 6 essential toys for 5-10 year olds, based on what my children had fun with.

Lego – The Number One Essential Toy for 5-10 Year Olds

Having moved on from the Duplo/Megabloks of the toddler and preschool years, they are now on to “proper Lego”. At 4 and 5, they would get a set, enjoy making it, and then forget about it. Now they rarely bother finishing to make the intended model and sets just get added to their multiple tubs of Lego pieces which they spend hours using to build what they call “bases”. This could be anything from an army base (where the name started) to a restaurant. The only down side is that once they build them they don’t want them put away so my floor is permanently covered in Lego.

If you’re just starting out with Lego I wouldn’t bother with the sets, I’d just buy a tub of mixed pieces* and see what they come up with.

Until around the age of 5, the board games you can play with kids are essentially pretty boring (another hand of snap anyone?). Once they reach school age you can finally get to the good stuff. The first game we all genuinely enjoyed playing together was Dobble/Spot it*. It’s based on observation skills so adults aren’t necessarily better at it than kids. If you’ve got Harry Potter fans in the house they also have a themed version*. My daughter loves playing charades using this set* for inspiration, it often leads hysterics at some of our attempts. Now that the youngest is 7, we’ve found that we can manage a game of Monopoly*. Of course it often ends in tears, but what game of Monopoly doesn’t?! Like Dobble, they do themed editions, including Star Wars* and local ones.

Drawing Set (Not Quite a Toy, but Definitely Essential)

My kids LOVE drawing. I actually have some serious guilt about the amount of paper they get through (not to mention the number of their drawings I put in the recycling, no one can keep them all right?). A good set of felt tips*, a nice set of colouring pencils*, an endless supply of paper and my kids are happy for hours. If you’d like to lower the amount of paper they use, a drawing tablet* is a great idea, and they’ve come down in price a lot lately.

Girl Child has had the Vtech Kiddizoom camera* since she was 5. She loves it, especially at family celebrations, where she takes pictures of everyone. Boy Child didn’t ask for a Camera until he was 8 so we decided to go straight to a simple adult digital camera and bought him one similar to this one*. He loves bringing it out when we walk the dog and taking pictures of what he sees.

A Way to Play Music

It’s often at this age that children first start to enjoy pop music. Boy Child loves listening to music, currently he does it on my old iPad with headphones but I’m planning to buy him an MP3 player*  for his next birthday so he can dance around with it.

A simple digital radio* is also a great choice, it means they can have it in their room without you having to worry about them being unsupervised with access to the internet.

At the older end of the age range, you might consider an Amazon Echo Dot*. You’ll need some kind of music subscription but if you have one already it can be a great way for children to listen to music.

While not everyone agrees with toy weapons, I have to admit that the only other thing my school age children really love to play with are their weapons. These are a mix of Nerf Guns* and basic plastic swords*. They like to set up battles against each other and then try and steal the opponents weapons. It’s not my favourite of their games but they do enjoy it. Boy Child has this Nerf Vest* that he loves to wear. Shields* also make this game more fun.

So, those are, in my opinion, the 6 essential toys for 5-10 year olds. I’ve stuck here with things for the the house, Girl Child also adores her roller skates and Boy Child is never far from his football (even inside the house). There are also a few toys from their younger years they still enjoy including the instruments in my review of toys for preschoolers.