We receive free entry and meal in exchange for a review, all options are our own.

Despite being together since we were 15, Chris and I have quite different early experiences of bowling. He attended bowling parties when he was at school and then went fairly regularly in his teens. I went bowling once as a teenager and was terrible at it, which as a teenager meant I hated it, so I didn’t go again until it was time to take my own children.

I was dreading it the first time we went. The thought of making a fool of myself in shoes that weren’t even my own, really wasn’t appealing. It came as a great shock to discover that, as an adult who couldn’t care less what people think of my sporting prowess (or lack there of), I loved it. We went quite regularly for a bit, until our local alley closed down. When Rollerbowl invited us to come for a game and a meal, we all jumped at the chance for some family fun.

A Game of Bowling

Rollerbowl is in Collier Row and is actually one of the places Chris used to bowl as a teenager. It’s changed quite a lot since then and now also houses laser tag, arcade games and a restaurant as well as bowling. The kids and I were particularly impressed with the colour changing lighting and spent a lot of time taking different colour selfies. We’re easily pleased. 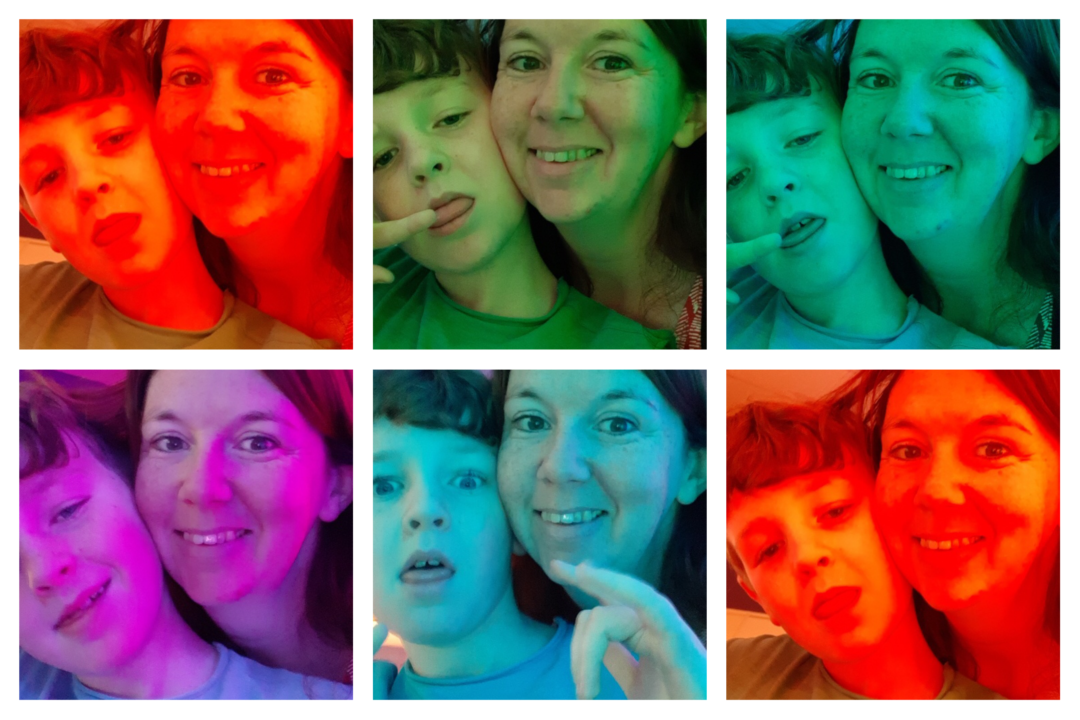 Once we had our (very clean) shoes on, we headed to our lane. Chris was very impressed with the lane management system at Rollerbowl. You add your names and can choose whether bumpers are up or down for each player. This was my first mistake. I said to have mine down. Boy Child was having his down so I kind of felt the pressure to manage without. I shouldn’t have.

Girl Child had her bumpers up. She started off using the ramp but quickly decided it was more fun without. What Child doesn’t love the opportunity to chuck a heavy ball as far as they can? Surprisingly, she was just as good without it and was actually in the lead for a bit. 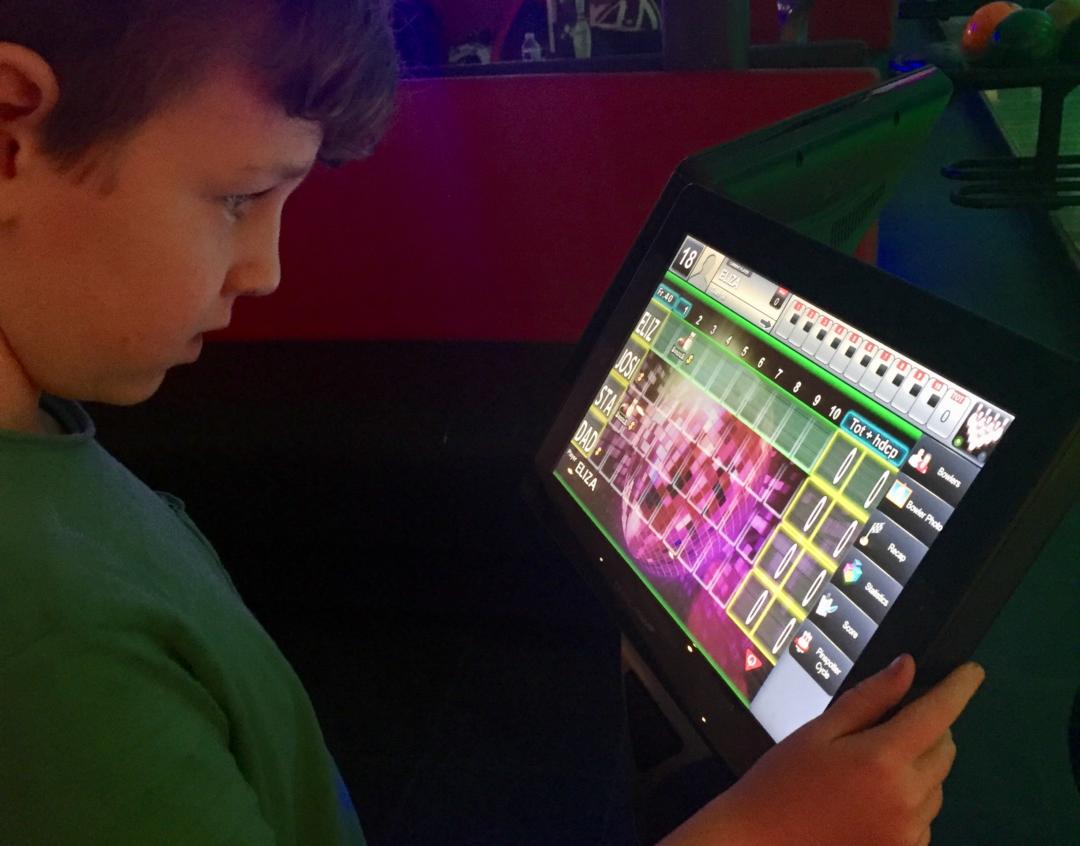 It quickly became clear that that it wasn’t my day. Despite not actually having been to bad on some of our previous trips, I reckon I ended up in the gutter in at least half of my turns. Chris was good as usual and obviously won. This meant there was a battle for second place between the kids, the sibling rivalry quickly kicked in. Chris and I awaited nervously to see which one of them would end up crying because they lost? Then a small miracle occurred. They drew, so no one cried!

Next we headed over to the East Coast Diner inside Rollerbowl for lunch. You can eat at your lane but with kids, sitting them at a stable seemed like a better plan. The menu is classic diner food with the added addition of Pizza. This made our lives so much easier since Girl Child doesn’t really eat anything else. I wasn’t very hungry so had the kid’s macaroni cheese which came with some really good garlic bread. Chris and Boy Child shared a platter which included chicken wings, dippers, onions rings and loads of fries. All of the portions were huge and the food was really good, fresh and not at all greasy.

It took us about 25 minutes to get to Rollerbowl from Chelmsford. While we do still have a small bowling alley in our town, it was definitely worth the drive to Rollerbowl and I suspect we’ll be visiting again soon. Hopefully I won’t come last next time! If you’re interested in other Essex attractions for families, check out our review of Dinotropolis. If you’re looking for other ways to spend family time, why not have a look at crabbing with kids.

Enjoyed this Post? Why not pin it for later? 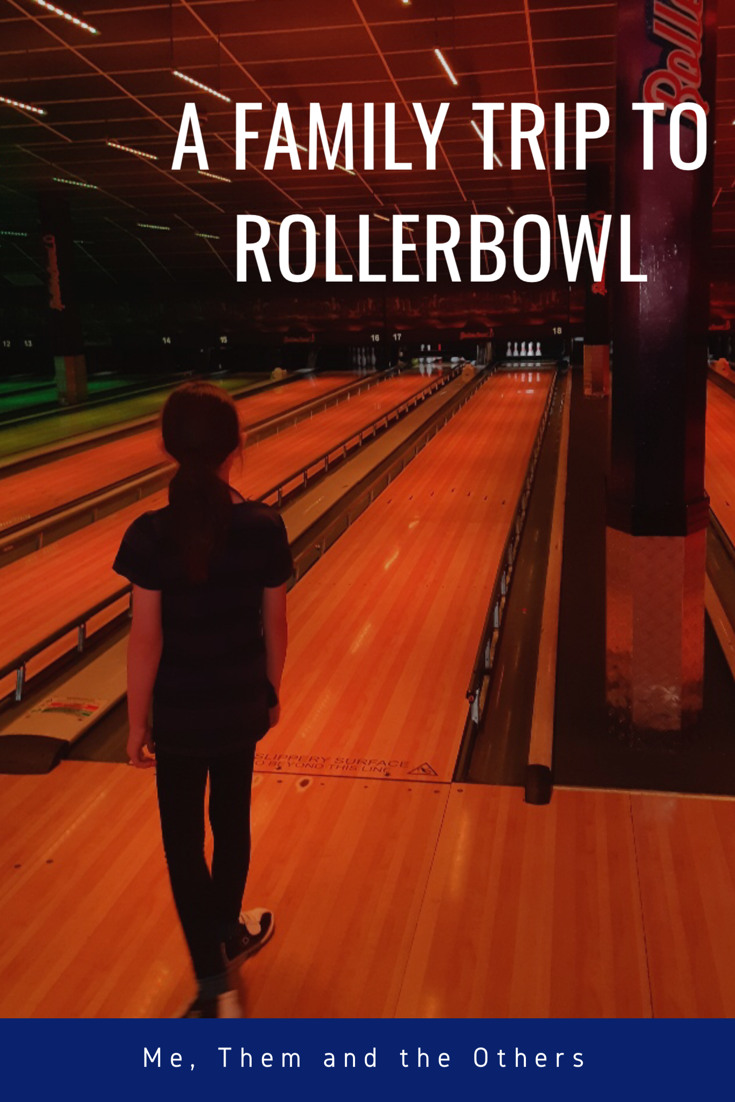