You are here: Home / Parenting Life & Humour / 5 Things Only Grandparents Do

Last week I was chatting to a friend at the school about grandparents. She told me a story about how, when her Dad and Step Mum were looking after her kids, they cooked sausages for dinner. She has three girls and when all the sausages had been shared out evenly, there was one left. Instead of eating the extra sausage themselves (my go to option) they decided to play a game of “musical pass the sausage”. They put on some music then the kids passed the sausage around on a fork and whoever was holding it when the music stopped got to take a bite. You can imagine my friend’s face when she came home and the kids told her they’d been playing pass the sausage.

This got me thinking about grandparents. My kids love theirs and frankly in the early days of parenting, I couldn’t have coped without them. In fact, the whole UK economy is pretty reliant on them. They do however have some habits I’m not so keen on. Here is my list of 5 things that only grandparents do (and I kind of wish they wouldn’t).

They buy all the stuff

My in-laws never arrive empty handed. They always have something to give the kids. Sometimes it’s something from Chris’s childhood. Sometimes it’s a toy a friend gave them because they thought our kids would like it. Sometimes it’s a random item they picked up at a car boot sale. It’s always yet another item I have to find space for.

My mum takes a slightly different approach. She never sends them back empty handed. A trip to Granny’s (which happens at least once a week) means a trip to the shop. This might be the corner shop which means, sweets, magazines or small, quickly lost, collectible items. It might be a trip to the charity shop, which for Girl Child means yet another soft toy she will insist has to go in her bed.

They feed them all the time

All of the grandparents in our family are guilty of this. None of us really give our kids squash but it’s allowed at Nanny and Grandads as that’s a treat day. The trouble is, it’s never just one glass, they drink pints of the stuff. Great fun if you’re potty training, not to mention the sugar high.

My mum thinks I starve my children. And by her standards, I do. The trouble is, her standard food allocation is enough to feed a sumo wrestler. I have informed her that the next time a child is sick after a visit to her house, I will be calling her in the middle of the night to come and clean it up.

They give the kids unrealistic expectations

I don’t understand how, but my father in law has more energy than me, my husband and my brother and sister in law put together. Despite being in his late seventies, he rolls around on the floor, gives the kids piggy backs and bounces on the trampoline. From the moment he arrives to the moment he leaves, he hardly stops. It’s lovely to watch. It makes the kids very happy. It also makes me look bad. Three minutes on the trampoline and I’m done, my back isn’t up to carrying them and I hate being on the hard floor. I really can’t compete.

They wait on them hand and foot

When they walk into my mum’s house, it’s like they’ve arrived at a five star hotel just for kids. She takes their coats and bags, fetches them a drink and a snack. She turns the tv on and, in the case of Girl Child, fetches her a blanket to snuggle under.

They can be sitting right next to the tissue box and will still ask her to pass them one despite the fact that means she has to get up and they wouldn’t have to. They even make her accompany them to the toilet so they don’t get lonely.

They say yes to everything

I’m actually glad about this one in a way as it lets me off the hook for doing some things. If they want to do something a bit out there, they know asking granny is a better bet than asking me. Boy Child’s favourite game is setting fires in her garden and then putting them out with the hose. I think it’s healthy for kids to experiment with fire to understand the dangers but I’d much rather they ruined someone else’s lawn.

The other thing they regularly do at Granny’s house is cook. They cook at home too but at home we follow a recipe. We make a recognised dish. Boy Child does not like recipes. He thinks he’s the next Heston Blumenthal (minus the casual sexism) and she lets him create his “experimental” (inedible) dishes to his heart’s content.

Having said all of that, I love both my parents and my in laws. They are the best grandparents I could ask for for my children and would put up with all of this and more to see the joy on my children’s faces when they arrive. 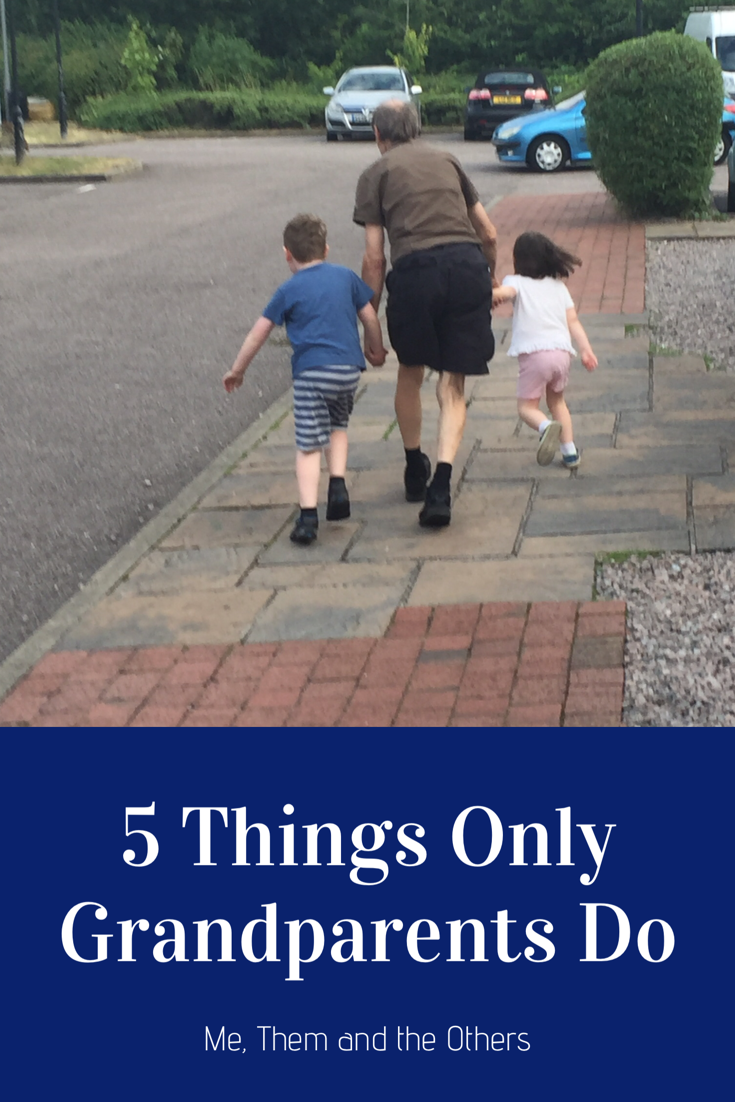