Leaving your toddler somewhere without you is hard. It automatically kicks the mum guilt into a high gear. If your toddler sobs their little heart out as you walk out of the door, mum guilt goes in to overdrive. We’ve all been there, which alone should tell us that we don’t need to feel guilty about it, but hey, no one ever said mum guilt could be reasoned with. Here some suggestions to help you deal with toddler separation anxiety.

Why does it Happen?

Separation anxiety is an evolutionary response in small children to help to ensure their survival. They know mum will look after them. If mum isn’t there, who will stop them from getting eaten by wolves? While this response was useful when we all lived in caves and being eaten by a wolf was a real possibility, these days it’s a bit redundant. If we’re leaving our toddler, we know we are leaving them somewhere safe, be that in nursery while we go to work or downstairs with Daddy while we shower. Unfortunately, it’s tricky to explain this to our toddler’s primal brain.

The important thing to remember is that your toddler is safe. It’s highly likely that as soon as you’ve gone they’ll realise this. Over time, they will come to understand that you will come back, and that will make it easier for them when you leave. Here are some tips from a range of parents who’ve been there to help you and your toddler cope with separation anxiety.

A Goodbye Ritual to Ease the Separation

If you’re leaving your toddler on a regular basis, a goodbye ritual can help. We found with our sone that getting him to come and wave to me from the window when I left helped him separate without tears. You could also try a special handshake, a dance, a certain number of kisses or even saying goodbye to a special toy.

“Develop a routine and try to implement this as soon as possible so your toddler has time to get used to it before you have to leave. If you are going to be leaving your child with a caregiver or another member of family try to ensure they get to spend plenty of time with that person before you have to leave them. This gives your child time to form a bond with that person so you leaving doesn’t feel as scary.

I am also a big advocate for talking to your child, even when they are toddlers. Explain that you have to go and why, talk about what will happen during the day and I always tell my daughter that I will be back to pick her up etc and we plan a fun activity for when I get home. Sometimes its a story we pick out before I go, sometimes it a craft or even just cooking tea together and we choose what we will cook before I go.”

Jess from Tantrums to Smiles

Distraction is a great solution for all sorts of toddler problems and separation anxiety is no different.

“Distraction all the way. My twins are a bit like this now they’ve started preschool so the staff and I now get their coats etc off as they cling to me, then we take them in to find something to play with. I wait until they’re interested in the toys and stopped crying, then leg it out the door. The staff say they’re always absolutely fine and don’t even notice I’m not there anymore. I try not to take it personally!”

“When I had to leave for work in the afternoon my son hated me leaving so what we found worked best was painting, drawing ect make him too busy to think of you or even his favourite TV program”

Tina from The Neary Diaries

Quality Time Together Before separating from your Toddler

For some children, having some one to one time with you before you separate can help them when the time comes to say goodbye.

When my son was in kindergarten, he had horrible separation anxiety. He’d have a panic attack every morning before he had to leave for school. One thing that helped settle him down was allowing him to spend some quiet time with me before school each day. I’d send his big sisters off on the bus, then take my son to daily Mass at a church very close to school. I think the quiet peace, just sitting together, allowed his brain to calm down so that he could process the temporary separation without panicking.

For others, my daughter included, having been one to one can make the separation harder. It’s something to experiment with and see what works for you.

Tell Them Where you are Going and Why

Toddlers understand much more than we realise so explaining where we are going can help them to accept our absence.

“I really found that telling my children that I was going to be going x y or z in advance was a good thing. Although they would still sometimes become upset, which is natural, I had already explained where I was going, why, with whom and when I would be returning. I’d be wanting to know the answers to those questions of someone close to me as an adult, so it’s natural that a child would like to know too.”

Using a Timetable to Understand When You’ll be Back

The staff at my son’s preschool found showing his their visual timetable of what the day would involve up until Mummy came back really helped him and it seems he’s not alone.

“Pictorial timetables work really well for anxiety in little ones. My son really struggled when he started nursery at the age of 2 and so I made a timeline of his day by using images of the things he would do/places he would visit such as where he hangs his coat, the carpet, the play area, snack table, toilet etc all the way until the last one which is “when mummy comes back”. We really focused on that end point and always repeated the same thing: “when mummy goes away, what does mummy always do? Mummy always comes back”. “

While you wouldn’t want to leave your toddler with anything valuable, a physical item to connect them to you can really help.

“Buy or make felted hearts and give one for them to keep in their coat /trouser pocket. They can squeeze it/fiddle with it when they get anxious. It’s a way of keeping a bit of mummy and /or daddy with them all day, especially if you spray it with your perfume. My big girls (teens) still have their felt hearts in their blazer pockets from when they first started school.” 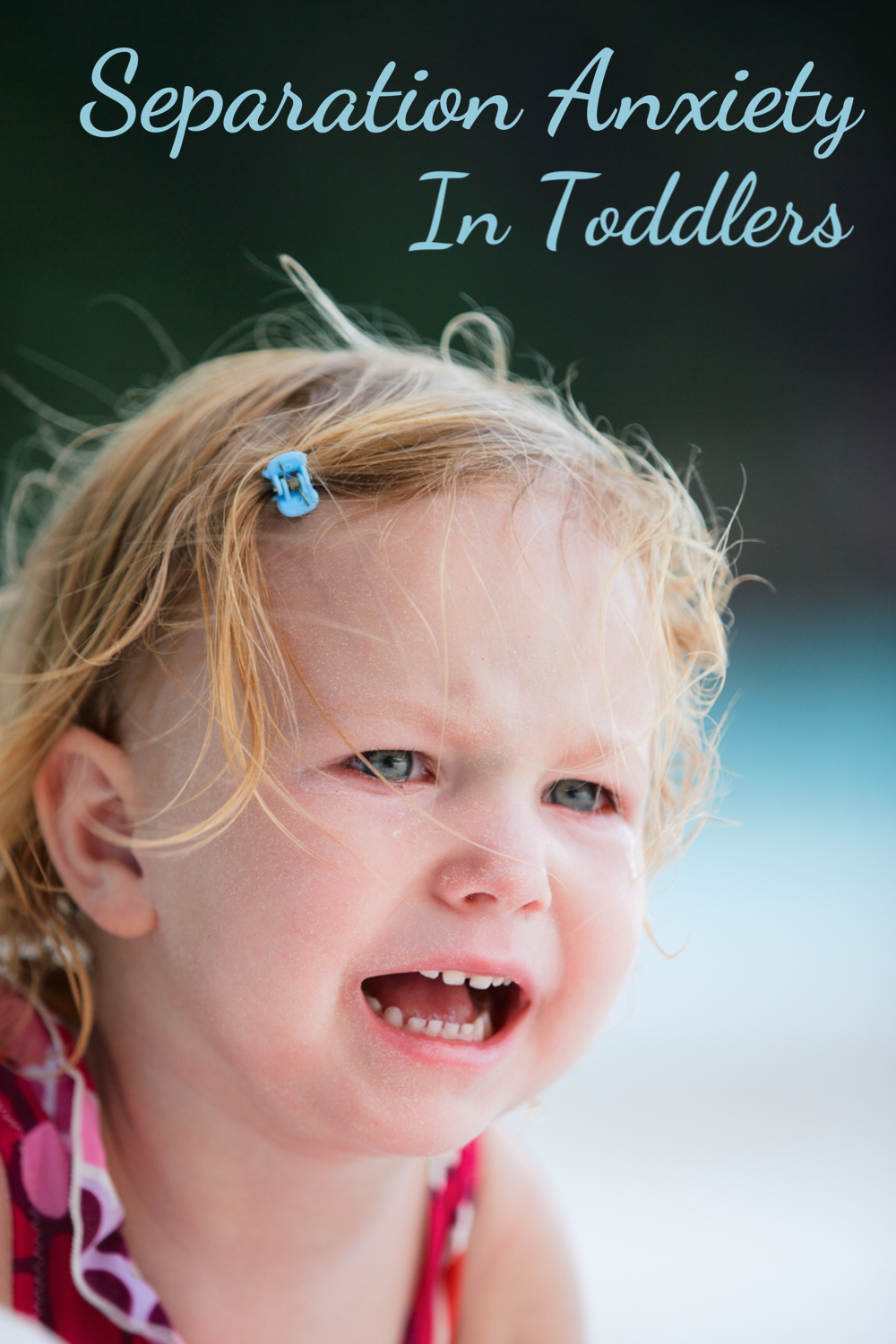