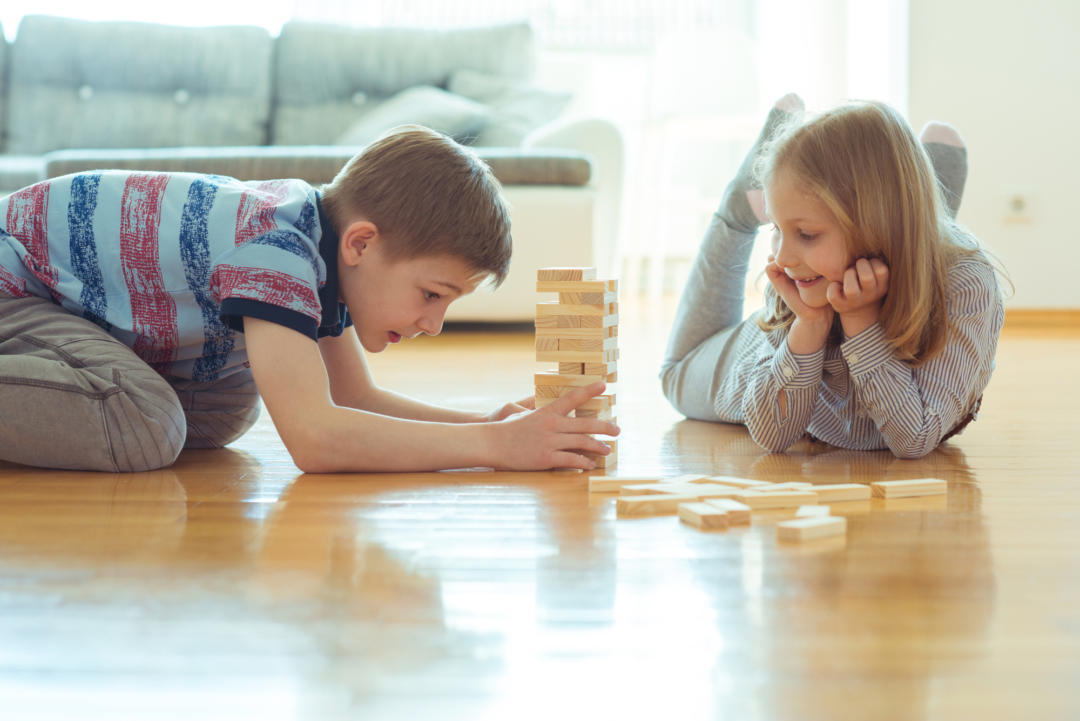 Ah the playdate. Without doubt a modern term, invented to describe how we allow our children to socialise now that we don’t just kick them out in the morning with instructions to be home for dinner. Nowadays we have to carefully curate our children’s social lives with “play dates” booked in at mutually convenient times that fit around the kid’s piano practice and the hell that is swimming lessons. When your child first asks if Johnny can “come round for tea” (that’s what it was called in my day) you may well come out in a cold sweat. What if Johnny doesn’t actually like my child and doesn’t want to come? What if Johnny’s Mummy has seen me on the school run on one of the days I haven’t brushed my hair and has judged us unworthy? Will this involve me having to look after my child and someone else’s all by myself? Is it acceptable to feed them biscuits for snack or should I be offering a platter of (sliced) grapes and carrot sticks? If that sounds like you, mop your brow and take a seat while we discuss playdate etiquette.

The invite can happen in a few ways. Your child might come home and say “can so and so come round to play?” In that case you’re going to be the one who makes the invite. You have a couple of choices here. You can sidle up to the kid’s parent in the playground and, casually now, so as not to scare them off, ask if their little cherub would like to come to play. That only works if said child’s parents do the school run AND you know who they are. To avoid inviting the wrong child to play, make sure you know which child belongs to which parent. I would also suggest familiarising yourself with the school childminders so you don’t embarrass yourself by asking them round.

If the parent isn’t on the school run but you have their number or are friends with them on some kind of social media, you can message them. As an introvert, this is my preferred method of contact. It takes the pressure off and gives them time to come up with an excuse if they have already deemed your child an unworthy friend for their precious offspring. Whatever you do, don’t phone them. No one needs that, it’s not good playdate etiquette.

If you’re on the receiving end of an invite, lucky you, your child is popular. You’ll now spend the rest of their childhood ferrying them to endless playdates and parties. If your child doesn’t want to go on the playdate (or you are the super judgey mum who has deemed the other child as unworthy) then you could say you have other plans at the specified time. The risk is that if they are the persistent type they may well offer an alternative. A better plan is to say something vague about having a lot going on at the moment and you will get in touch when things quieten down. Hopefully they’ll get the message when you don’t.

The other thing that happens is your child comes out having arranged a playdate with another child without actually informing you. Good luck sorting that out.

Should I Stay or Should I go?

As an introvert parent who doesn’t really like kids, playdates with new parents are my worst nightmare. I either have to make small talk with an adult for two hours or look after someone else’s child as well as my own for two hours. Neither of these are options I like.

If it’s a first playdate and your kids are in the infants (year R, 1 or 2) playdate etiquette says you should probably stay. Some kids are super independent. If your child really doesn’t want you to then you can ask the other parent if that’s ok but I wouldn’t assume it’s acceptable to expect them to look after your child. If the playdates become a regular thing you might all prefer it if the parents don’t stay. This can mean both adults get a bit of peace and quiet on a semi regular basis.

Once they’re in Junior School (year 3 upwards) etiquette will vary more. It’s likely you’ll know the parents at least a bit by then (assuming you haven’t moved schools) so you might feel ok to leave them and as they are older, they are easier to look after. Some children might still prefer you stay and some adults might still enjoy the company so you may have to negotiate it between you all.

Food on a Play Date

When you make or accept the invite, you’ll want to be clear about what food is going to be involved. As young children tend to eat early, playdates will often include dinner. If you’re hosting you should at the very least provide a snack, because hangry children do not play nicely. If you aren’t sure what to offer, try asking what they usually have for snack and offer similar. This will make sure you’re covered for dietary requirements and allergies too.

If they’re staying for dinner it’s best to ask what they eat. As the parent of a child who only eats pizza, I try to avoid eating at other peoples houses as I feel bad dictating what they serve for dinner but to be honest I’ve never had anyone react badly when I’ve had to fess up to just how picky my child is.

It’s likely that, when asked, the other parent will claim that their child “will eat anything”. This will not be true. Don’t take it as gospel and go and cook them a gourmet meal. When the parent says “eats anything” they mean anything beige that comes from the freezer section in Tescos. Tell them what you’re planning so they have a chance to say “anything except that”.

The Core of Playdate Etiquette: Behaviour

Weather you are staying or going, it’s natural to worry about your child’s behaviour on a playdate. The essential rules if your child is playing at someone else’s house are:

The younger the children the more likely there are to be tears. The best way to avoid this is to keep playdates fairly short. Just an hour if they are new friends and under 6. This way you can usually end it on a high before they get tired and ratty.

If you are looking after someone else’s child on a playdate this can put you in the awkward position of having to discipline someone else’s child. You just need to do enough to stop the behaviour. Keep it light and try and distract them with another activity. In your best Mary Poppins voice: “Oh no, we mustn’t pull the cat’s tail, let’s go and play in the garden instead”.

If your child goes to a playdate at someone else’s house, playdate etiquette is to return the invite. You don’t have to but, you will be judged and likely your child will stop getting invited (which may well be your goal). If it was really awful experience that you don’t want to repeat, your child or the other child behaved awfully, the other parent was unbearable etc, make comments about setting up a return date but accidentally forget to ever actually do it.

What happens if your child goes on a playdate but you really don’t want to host one at your house? Maybe you have difficult pets/other children/are a carer etc or might be living in difficult circumstances. You can suggest a meet up elsewhere, at the park or soft play. This way the children still get to hang out.

The Essentials of Playdate Etiquette