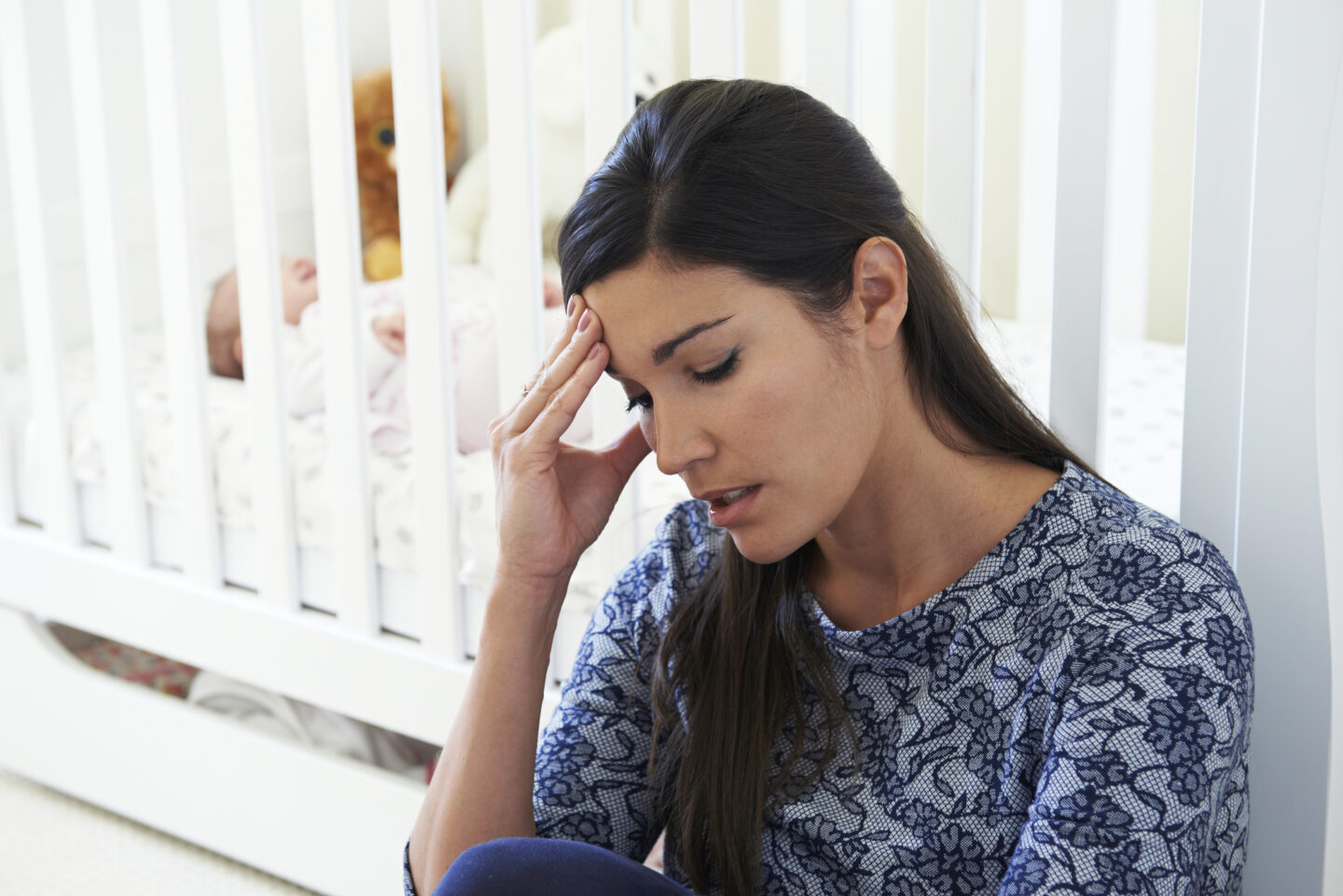 I’ve always needed my sleep. When all my friends were staying out all night at clubs, I was ready to go home by ten. When they were at my house, I’d often go to bed and leave them awake downstairs while I slept peacefully in my bed. Left to my own devices, I wouldn’t be up before 10am at the weekends and I’d be back in bed again by 10 at night. Needless to say, I didn’t cope very well with the sleep deprivation all new parents face. I suspect my inability to function without sleep contributed to my postnatal depression and struggle to bond with my baby. What I’ve found found really surprising though, is how much it still effects me, ten years on.

I can distinctly remember how it would happen. I’d turn over in my sleep and get into a lovely new comfy position. For a moment, all was right with the world. Then I’d realise. If I’d turned over, something had disturbed me, and that something was almost certainly a baby that needed feeding. I’d wait, laying perfectly still, for the inevitable cry, hoping if I stayed completely silent, he would fall asleep again. He never did. I’d drag myself and pull on my fleecy dressing gown, knowing that in about 5 minutes I’d be too hot, but unable to face the cold of leaving my bed without it.

I’d pick him up from his cot, sit down in the ikea poang chair we used for nursing and latch him on. As predicted, five minutes later I’d be sweating, plus desperate for a wee. I’d feed him back to sleep and then carefully, oh so carefully, I’d put him back in his cot before I crept back into bed, too scared to go to the toilet in case I woke him up again because if he woke up now, I’d already used the only effective weapon in my arsenal to get him back to sleep and I’d be stuck trying to settle him with rocking and lullabies.

During the day I was like a zombie. I went out as much as I could to try and keep myself awake because at home all I could think about was my bed. My husband would get up with him in the morning and I remember one morning him coming to wake me up because he needed to go to work and me just screaming “I hate my life” because I just couldn’t face another day of exhaustion.

When I had my daughter, the experience was similar, except there was no option to sleep while the baby slept because, inevitably, when the baby slept the toddler was awake. I remember calling my mum to ask her to come round because I just couldn’t stay awake any more and crying when she couldn’t come straight away.

Sleeping Through at Last

The joy when each of them started to sleep through was unrivalled. I felt like myself again. My postnatal depression started to improve and in the case of my first baby, I finally started to bond with him. Every night I went to bed, so grateful that theare was every chance I would stay there until the morning. And I carried on feeling that way for literally years after. On the odd occasion I wonder about the idea of a third child, it’s the thought of giving that up that stops me in my tracks.

Even once they were sleeping through, I remained obsessed with their sleep. I was terrified of doing anything that might might lead to them waking in the night. I was obsessed with routine, our whole lives were structured around nap times and bedtimes. I often turned down invitations to do things if it would mean a disrupted bedtime or left places early to get home in time for the scheduled nap.

I dreaded the clocks changing and made complicated plans to spread the change over a couple of days to minimise the impact it had on their sleep. Once they were asleep, I worried about waking them up and would creep around my own house like a burglar. I would prepare for heatwaves with bowls of iced water in front of fans in the bedrooms, bed sheets in the freezer and cold water bottles in the beds. Anything to make sure they could fall asleep comfortably and stay that way.

I also had a regular recurring nightmare in which I had let them nap until 5 o’clock and would wake in a panic because that meant they wouldn’t sleep at bedtime.

As they got older I did relax a bit. Once they stopped napping and sleep was confined to bedtimes, things felt easier. Clocks changing had less of an impact and if they did wake in the night, they were far more able to fall back asleep than they had been as babies.

Despite those changes, I have recently realised though that I am in fact still effected by it. Last year we got a puppy. Like all puppies, in the early days he sometimes needed to go out at night and it brought back all of the dread of the newborn stage. Just like with the babies, I would change into a new comfy position and then realise that something had disturbed me and that something was a dog that needed a wee.

Lucky for me, while my husband couldn’t breastfeed the babies, he could take the dog out. Unlucky for him because I often couldn’t bring myself to get up even if it really was my turn. The idea of getting up just made me feel hugely anxious. I couldn’t face the thought of being tired the next day.

During lockdown, we started doing occasional living room sleepovers with the kids. This meant that we all went to bed at the same time. Usually, I go up to bed as soon as I am tired. With the kids around, I had to deal with them before I could sleep. I really struggled with this, like when the dog woke up in the night, it made me incredible anxious and my anxiety quite often presents itself as feelings of rage. It’s very hard to manage rage while trying to get two very excited kids to bed.

These two things made me realise that the sleep deprivation of the early years has really had a lasting impact on me. I essentially find being tired and not being able to go bed immediately, utterly intolerable. When required to get up in the night more than occasionally, I start to panic because I’m scared of ending up tired. While I think post traumatic stress is too strong a term, I think it has similar roots.

This leaves me asking, am I just particularly sensitive to the impacts of sleep deprivation or do other mums feel like this? And if they do, how can we help new mums prepare for and deal with the consequences?

Confessions of a Crummy Mummy