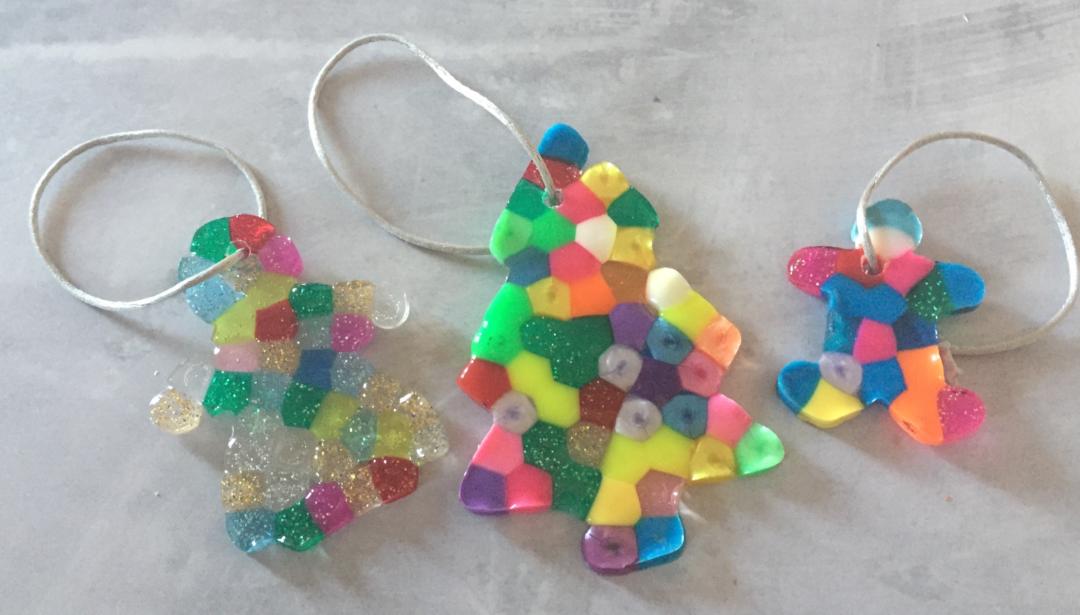 First you’ll need some pony beads* (had no idea they were called that until I made these). I had a selection of solid colour, opaque and glitter but you might prefer to choose one type and stick to a theme. These Christmas coloured pony beads* would be great. Next you need some cookie cutters*. I was a bit wary about using my favourite Christmas ones in the oven but they all survived the process unscathed. You’ll need some kind of flat baking tray to cook them on, again, the tray survived the process just fine. A functioning oven (something we seem to be struggling with in my house lately) is also important. To hang the melted bead Christmas ornaments, you’ll also need some string/ribbon/thread/dental floss at a push (we have this metallic thread*) and either a glue gun or a drill (and the ability to use it).