I was unfortunate that none of my friends became parents around the same time I did. Initially I wasn’t too worried about it, being an introvert I imagined I’d be quite happy by myself. Eventually I came to realise that even an introvert mum needs mum friends.

In case there are any extroverts reading this, I’ll start by explaining what an introvert is and isn’t. We don’t hate people in general. We aren’t necessarily painfully shy. We won’t run away if you try to talk to us. The best explanation I’ve heard of the difference between introverts and extroverts is that extroverts are energised by being around people and introverts are drained by it. Because of this introverts tend to avoid “shallow socialising”, things like making small talk, because they find it exhausting and of little benefit. The trouble with this is that “shallow socialising” is often the first step to getting to know people. This means that introverts can find making friends difficult (and yes, introverts do have them).

Being an Introvert Mum in the Baby Years

When I was pregnant, I was put off the idea of NCT classes. Not by the idea of socialising (although NCT classes do seem pretty scary as an introvert). By the idea that they would make me feel bad if I wanted to use (all the) pain relief during birth. I’ve no idea if this is true but the idea of it certainly stopped me signing up.

This was something I came to regret pretty soon after the birth. I had no idea how hard I’d find parenting. Soon I realised how much I needed friends to talk about it with. When I went to coffee shops with Boy Child I would see all these groups of NCT mums chatting together. While I didn’t much fancy the big group meet up scenario, I realised that out of a group that size I would probably have found a couple of mums I could have been friends with.

Being at home with a small baby is tedious. I was desperate to get out of the house but soon became bored of walks in the park or around town alone. I signed up for a few baby classes, we did swimming and signing and music, but it seemed like everyone else had come with a friend. The trouble for an Introvert mum is where do you meet other Introvert mums if you are all avoiding shallow socialising?

Being an Introvert Mum in the Toddler and Preschool Years.

By the time Boy Child was 18 months old I was pregnant again. I toyed with doing NCT classes for second time mums but they seemed aimed at mums who had a big age gap. I knew being stuck at home alone with a baby and toddler would drive me insane. Introvert mother or not, I decided I would have to face a toddler group. The idea of them terrified me. My one previous attempt had been awful but Boy Child was having some trouble socialising (he ran away and hid anytime an another child so much as looked at him) so it was clearly what we both needed.

It was hard in the early days but I kept trying. I made the effort with small talk and eventually it was rewarded. We both made some lovely friends who are still around now and Boy Child realised that the other children weren’t going to eat him (just snatch his toy and hit him over the head with it).

Being an Introvert Mother at the School Gates

It’s often said that the school playground is nearly as scary for the parents as it is for the kids. That’s certainly true for an Introvert mum. I felt a huge pressure not do anything that would jeopardise Boy Child’s social status at school. It felt important that I make the effort to talk to people. This made being an introvert parent exhausting. I was really lucky that he was in a classroom that required us to queue at pick up time. This meant that everyday you ended up next to someone different and everyone got to know everyone else. While I only have one close friend among the mums in his class, everyone is friendly and I know they would help me out if I needed it. Although as an introvert I’d struggle to ask!

Once they are at school you’ll also have the joy of children’s parties to deal with. It’s definitely worth making a few school my friends to avoid spending two hours of what feels like every weekend making small talk or feeling unconditionally because you should be making small talk but would rather just stare at your phone.

If You’re an Introvert and about to Become a Mum

My top tip is go to some pregnancy classes. It doesn’t have to be NCT, there is prenatal relaxation, swimming, yoga and hypnobirthing as well as plenty more to choose from. It’s much easier to make friends when you’re pregnant because everyone is looking for a bump buddy, if you wait until your baby is born, it will be harder.

If it’s too late for that, baby classes are the next best thing. The structured nature is usually easier for introverts than a casual baby and toddler group. It’s difficult to talk to people at things like baby swimming (and small talk is hard enough for introverts as it is) so think along the lines of baby signing or sensory classes.

Social media is also useful. I wasn’t on any social media when I had my first child but I was with my second and it gave me a way to connect with mums I met outside of the classes.

There are also plenty of apps for connecting with other parents and making mum friends, you could try Peanut or Mush.

The Ups and Downs of Being an Introvert Motherhood

I think introvert mums can find parenting extra exhausting. Once you’re past the “sleeps all the time newborn” phase, you’re not really alone much until they start school and that’s hard. You also have to balance the lack of sleep and the lack alone time. I never slept when my baby slept because I was too busy enjoying be by myself for a bit.

Luckily, there are also benefits to being an introvert mum. I’m very self reliant and am happy to take the kids off for days out by myself. I can often be found happily reading my book while my kids run around at the park. My need for a bit of time alone means that my kids know how to play by themselves and I feel this is a skill that will serve them well later in life.

I’d love to hear about other introvert mums experiences of parenting. Do drop me a comment, here or on social media. You can also check out my tips for introvert parents. 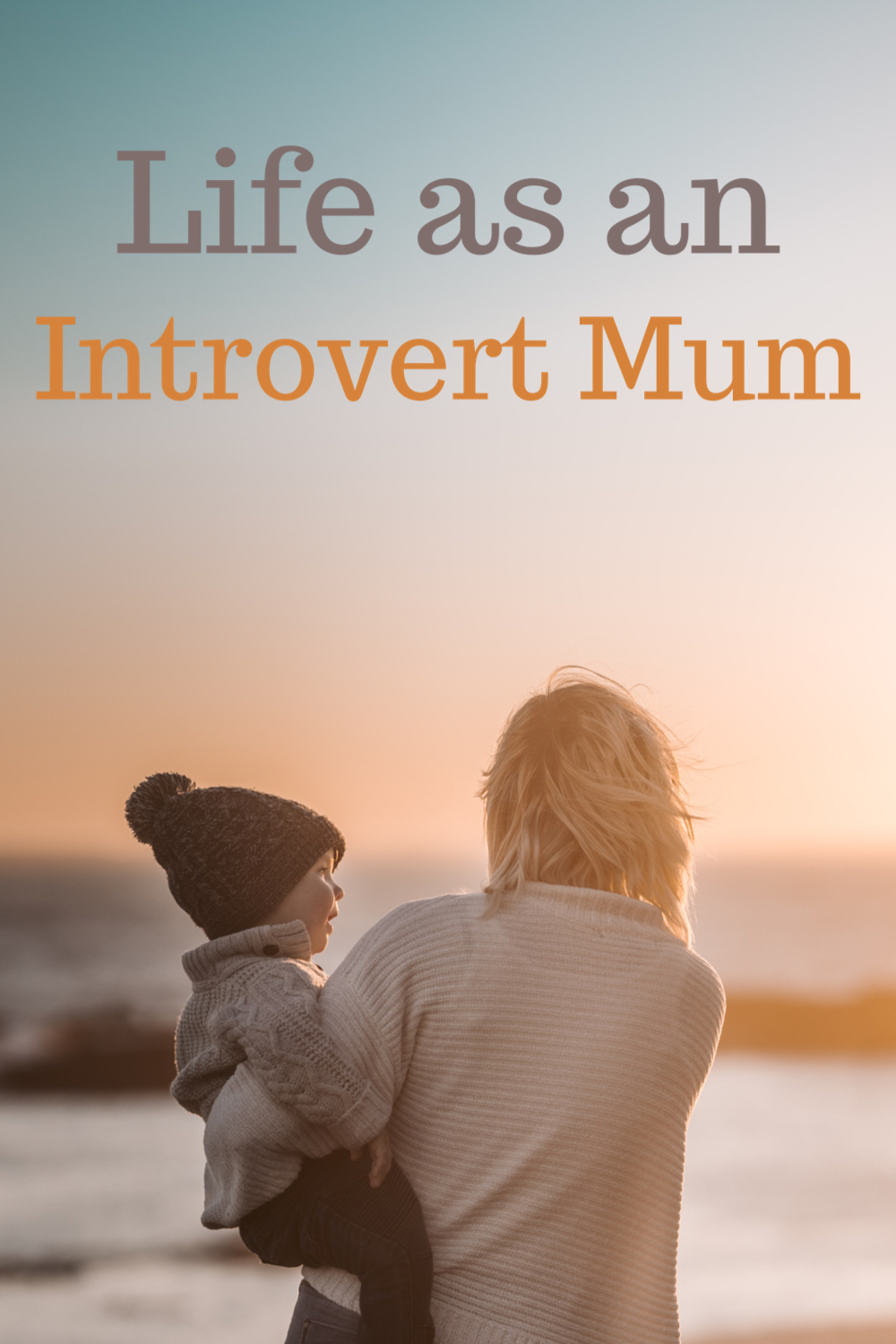