You are here: Home / Older Children / School and Learning / The Transition Between KS1 and KS2

The transition from KS1 to KS2 can be quite a big change, particularly if it also includes a transition from infants to juniors. Here’s what to expect and how you can support your child.

When Does the Transition between KS1 and KS2 happen?

The preschool and Reception years are covered by the Early Years Foundation Stage (EYFS). Key Stage One (KS1) begins when your child starts year one and continues until the end of year two. Key Stage two (KS2) begins at the start of year three and continues until the end of year 6. If your child attends an infants school, the transition to KS2 will coincide with their transition to junior school.

Once they move to secondary school they will begin key stage three for years 7 to 9 and then finally move to key stage 4 for the GCSE years, years 10 and 11.

The Infants to Juniors Transition

If your child attends an infants school then the transition between KS1 and KS2 will seem much bigger than if they attend an all through primary school. While Infants and Junior School are often co-located they are separate schools, with separate leadership and that can men some significant changes.

It’s likely your child will attend school in a different building. It may be a bigger school as there will be four year groups (while infants only has three) and some junior schools have intake from more than one infants school.

It’s likely that the uniform will be different. Ties often come into play at KS2, and that can be difficult for some children to get the hang of.

Most infants and junior school work closely together to make the transition from infants to juniors as stress free as possible. Some of the activities they might do include.

Lockdown has made these activities difficult this year however schools are still finding alternatives for example, creating photo booklets to give year twos, video tours of the school and letters from new teachers to pupils.

The Key Differences Between KS1 and KS2

The main differences can be broken down into three areas, day to day differences, academic differences and changing expectations.

Even in primary schools, its common for children in KS2 to be in a different building or part of the building to KS1. This may extend to the playground with different playgrounds allocated to different year groups.

Many schools use golden time (fun time) on a Friday afternoon to motivate children (those who behave well get more, those who don’t, get less) and this sometimes ends when year three starts.

Uniform standards can also change at the start of KS2, with some schools introducing ties fo this age group and many schools enforcing the uniform code more strictly from this age on.

It’s likely that in KS2 children will be spared for some of their learning based on ability. This may mean going to different classrooms and teachers for core subjects like maths and English.

Times Tables will also become a big focus at this age. With the year Four phonics screening to prepare for, children will move on from 2s, 5s and 10s and start work on the trickier times tables and will be expected to practice at home regularly. Check out these 50 ways to help your child learn their times tables.

Children will also be encouraged to improve their handwriting, often with the ultimate goal of achieve ing their pen license. This is were their handwriting has reached a certain standard, with minimal mistakes that need to be rubbed out and corrected. Their is a big variety of ages that they will achieve this and it may not be until in year 6.

Homework will also likely increase in year 3. Most schools will set weekly spellings and times tables practice as well as some other work, often a piece of maths and a piece of English.

Most of these expectations are related to children’s independence. The drop off arrangements for year 3 children often require them to make their own way from the school gates to the classroom rather than being walked to the door by a parent.

Once in class, the amount of support offered from teaching assistance is likely to be less than it was at KS1, with children expected to get on with their work more independently and wit patiently if they need help.

They will also be expected to start to increase their stamina. This is their stamina for concentrating for longer and longer periods of time, and their writing stamina that allow them to produce longer pieces of work. Writing prompts can be a great way to increase writing stamina. You might also find the increased workload leads to after school grumpiness!

Many children will become free readers at some point in KS2 so your child will be expected to choose their own books from the classroom or library. If your child isn’t keen on reading, check out these these tips for reluctant readers.

Many schools also start asking your child to attend parents evening with you at this point. This allows them to hear firsthand how they are getting on what they need to try and improve. Most teachers are very good at doing this in such a way that your child comes out feeling motivated rather than disheartened, even if they aren’t particularly academic.

Preparing your Child for the transition from KS1 to KS2

If you or your child are worried about the transition to KS2, there are lots of things you can do to help prepare for it. 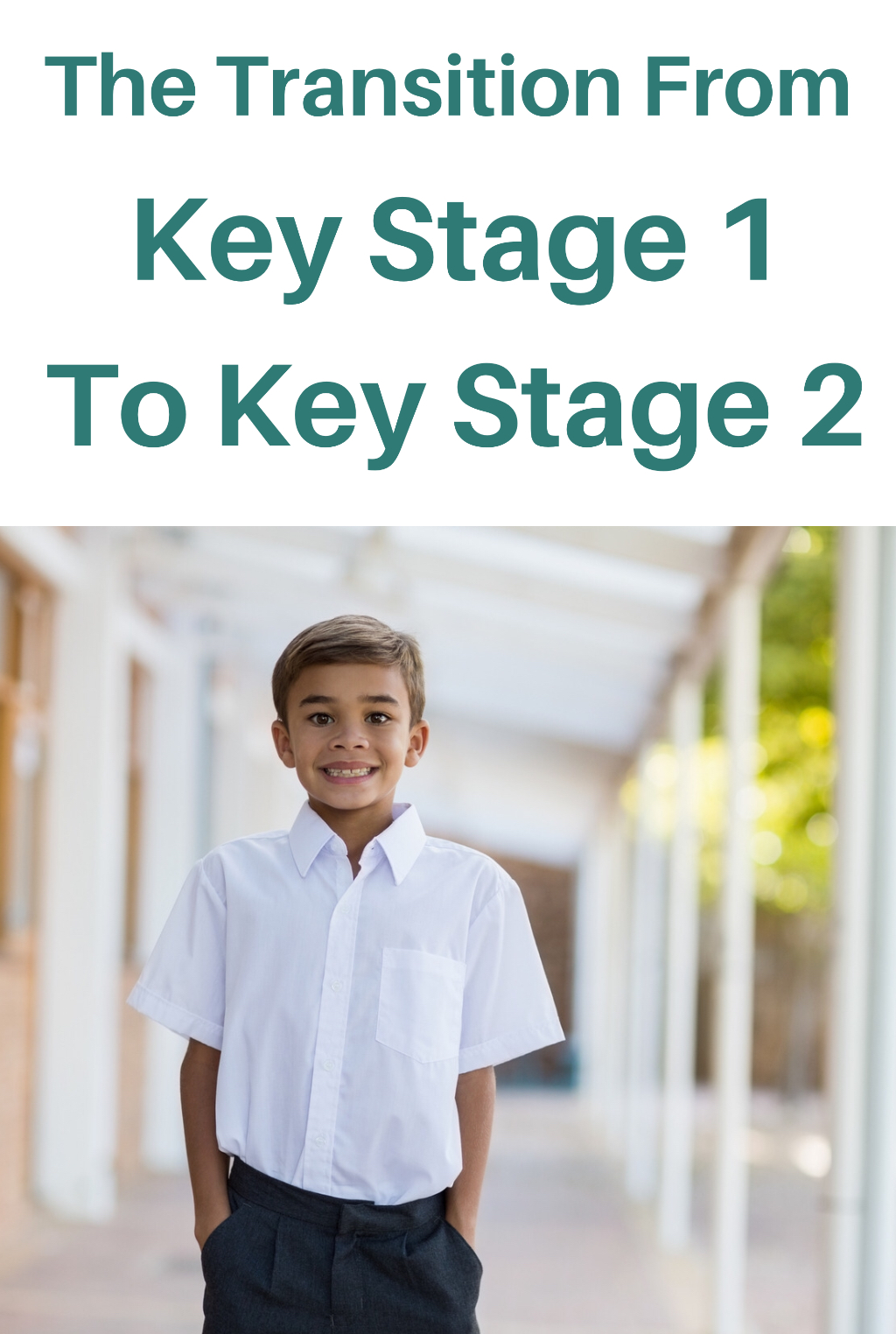