You are here: Home / Older Children / School and Learning / Why I Wish I had chosen Deferred School Entry for my Summer Born Son 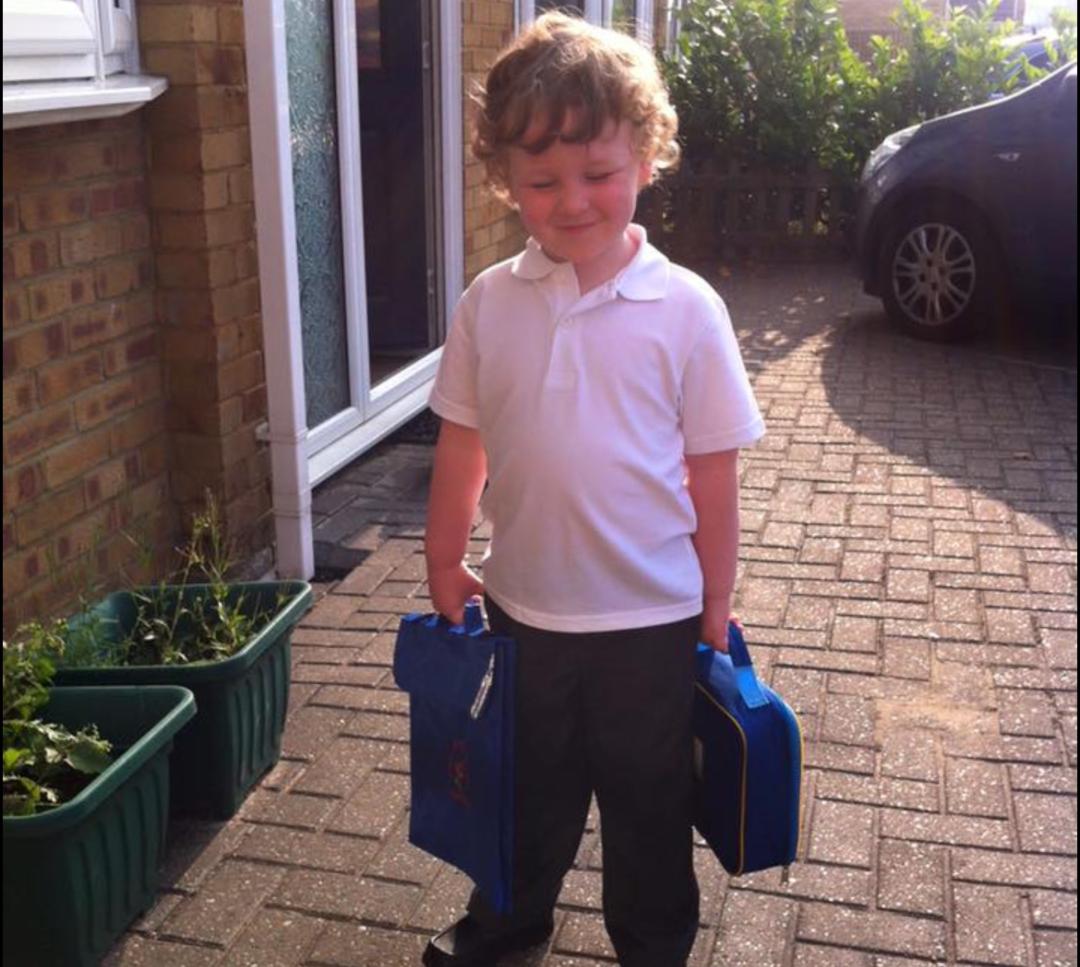 My oldest child is a July baby, so falls well into the summer born category. Before he started school I looked into the possibility of deferring him a year. Ultimately we decided not to. He’s in year 4 at now but with the benefit of hindsight I wish I had chosen deferred school entry. Hopefully our experience will help you if you are trying to answer the difficult question – Should I defer my summer born?

**There is an update at the end of this post on the progress we’ve made since this was first published, I’ve written a post about the things we’ve done that we feel contributed to this improvement, if you’d like to know more, have a look at “How Can I Help My Summer Born Child?”**

Only One Year at Preschool

Boy Child started preschool just after his third birthday and absolutely loved it. From early on I felt sad that he would only get to spend a year there. As the time for him to move up to reception came closer I started to question weather or not he was ready.

While some of the children seemed to have paired up he hadn’t really made any particular friends. He was still happier with an adult or parallel playing (where two children play next to each other but not together). Self care was also an issue. I’d managed to get him dry but putting his own coat on or opening packets were still a struggle. His fine motor skills weren’t very well developed so he didn’t seem ready to start writing and he had no interest in letters or numbers. I asked his key worker if she thought he was ready. She said her honest answer was she didn’t know. Neither did we.

Deciding not to go for Deferred School Entry

In the end we decided to send him, summer born or not. A huge part of that decision was about the fact that it would have been very difficult to get permission for him to start in reception following deferred school entry. At the time it was common practice for children starting school at 5 to go straight in to year 1. That was the last thing I wanted, and I feel the last thing any summer born child needs. I could see he was likely to struggle with the transition from play based learning to formal learning. Removing the stepping stone of reception would only make that worse. He has always been a confident child so we crossed our fingers that he would find his way and sent him off to reception less than two months after his 4th birthday.

His transition from preschool to reception was actually very smooth. He quickly settled in and made friends. There were plenty of other summer born (and not summer born) children who struggled to do things for themselves. Boy Child soon discovered that the older girls in the class were happy to help him if the teacher was busy.

He showed no interest in learning at all in the reception year and, because I don’t really believe in formal education before the age of 6, I followed his lead and didn’t push it. This was particularly the case with reading as I didn’t want to ruin his relationship with books. In years 1 and 2 he continued to enjoy school. He was behind his peers academically but was progressing so we hoped that in time he would catch up.

Starting to Struggle with Being Summer Born

When he started at the junior school for year 3 we saw a real change. He started to have issues with friendships. Mostly it was not having anyone to play with, although he was injured by other children on a couple of occasions. I feel that a lot of these problems stemmed from the fact that, as a result of being summer born, he wasn’t as mature as his peers. Luckily he fell in love with football last summer. This has given him more common ground with the other children and things seem to have settled down.

My real concern is how far behind he is with his school work. I’m finding that instead of catching up, a snowball effect is happening. He didn’t learn the early phonics in reception so had to learn them in year one. This meant that he didn’t learn the next stage of phonics in year 1 so has to learn them in year 2. However because the rest of the class has moved on, he wasn’t being taught the year 1 work anymore so never really learnt it properly.

You soon reach a point where the work being set assumes knowledge that was taught previously. If that work wasn’t learnt it makes the current work seem impossible. For me this is the real problem with summer born children. If they start school before they are ready to learn they will always end up behind. This is the main reason I wish we’d chosen deferred school entry.

Where We are Now

Now he’s in year 4 the work load is just increasing and it feels like there is simply no time for him to catch up. Both he and I feel utterly overwhelmed because the mountain of stuff he should know but doesn’t seems insurmountable. I try to focus on the fact that he is progressing. He’s been moved up to the middle group in maths and no longer needs extra support with literacy. His school report last year said that he was trying his best in every subject yet he was only meeting the expected standard in science. It’s no wonder he feels frustrated.

I would love to get him doing more work at home but as it stands he practices both spellings and timetables everyday before school. I don’t feel he would cope well with anymore. His homework alternates between English and Maths each week. When it’s English week it always ends in tears because he is so frustrated that he can’t do it.

We’re now at the point where he is convinced he’s no good at the work so won’t try, creating a self fulfilling prophecy. I feel at a loss because I just don’t have the teaching skills to help him learn when he has no confidence in his abilities. We’re now considering a tutor.

Deferred school entry isn’t right for every summer born child but I think it would have been right for my son. I feel it would have given him to best chance at a good education, instead of making learning a battle.

A Year 6 Update – Do We Still Feel We Should Have Chosen Deferred Entry?

So, a few years has passed since I wrote this post, and I’m pleased to say we’ve seen some big improvements. Somewhere around the end of year 4 and the start of year 5, something seemed to click and learning became much easier. He fell in love with reading in late year 3 and while it still isn’t his favourite subject, over time that has made his English work much easier.

Lockdown meant he missed the last term of year 5 and most of the second term of year 6 but, despite hating homeschooling with a passion, it’s not actually made him any more behind. The only area in which he’s now not meeting the expected standard is writing/spelling.

While I still think that his school life would have been been easier if we had deferred his school entry, it no longer feels like a terrible mistake that we didn’t.

If you’d like to read other experiences, I have written about some other parent experiences of a summer born child starting school at just 4.

If you’re considering deferring your child, check out this post on delayed school entry  by my friend Anna who has successfully agreed a Reception start at compulsory school age for her twins.