You are here: Home / Older Children / School and Learning / Letter Writing for Kids – A Great Way to Get Them Writing

When I was a teenager, I was always writing letters. Before we had smart phones, when landline calls were still really expensive, writing letters was a way of talking to our friends when we weren’t with them, even if we often ended up giving the recipient our letters in a person and sitting quietly while they read them! Letter writing is great for staying in touch but also great schooling.Here are my tips for letter writing for kids.

Letters as a Way to Get Them Writing

Getting kids to write isn’t always easy. As part of our homeschool schedule, I included a letter writing slot once a week. Writing a letter to someone seems to be much more appealing than writing a story that has been suggested by a teacher. I also let them draw something to go with the letter which, while it isn’t writing, helps improve their pencil grip and control.

Keeping in Touch with Family

We are lucky enough to still have my Grandad around. He lives alone in enhanced sheltered housing and while my Mum normally visits him everyday, she isn’t allowed to in lockdown so he is pretty isolated. He is all but completely deaf so we can’t phone him and other than the odd text message he doesn’t really do technology. He’s also a bit of an artist so has loved receiving the kids’ pictures as well as their words. When we do see him in person, his lack of hearing makes it hard for the kids to communicate with him anyway so sending him letters is something we hope to continue after lockdown.

My in laws are also not overly keen on tech. They have one smartphone in the house but no internet access and use the library to check their email. Boy Child speaks to them on the phone but Girl Child isn’t keen on phone calls (she’s better with video chat) so she has been staying in touch by writing to them and sending them photos of what we have been doing.

A few weeks in to lockdown, I said to the children “who are you going to write to today?” and Boy Child asked if he could write to a friend. It hadn’t occurred to me to do that but I could see no reason not to. Girl Child also thought that was a great idea and decided to do a picture and a note for her friend too. As letter writing is a bit unusual these days I wasn’t sure how these letters would be received. We’re lucky that most of the kids’ friends live within walking distance so we posted our letters on our daily walk and both children have received letters back.

We’ve carried on with writing letters to lots of different friends and the kids often choose to write letters in their free time. I love seeing their their faces when a letter pops through the door for them!

When we first started writing letters, we downloaded these great cards. You print them on A4, half of the sheet has a colouring with the word “Hello”, when you’ve coloured it in, you fold it in half to create a card and write your message on the inside.

Since then we’ve had a go at using the formal letter structure, with the address and the date. Sometimes the kids just drawer a picture and write on the back. We also print off photos of what we have been up to and the kids then write captions explaining the photos. Our next plan is to use one of our process art techniques to create some postcards to send to people.

Have you done any letter writing in lockdown? Who have your children been writing too? 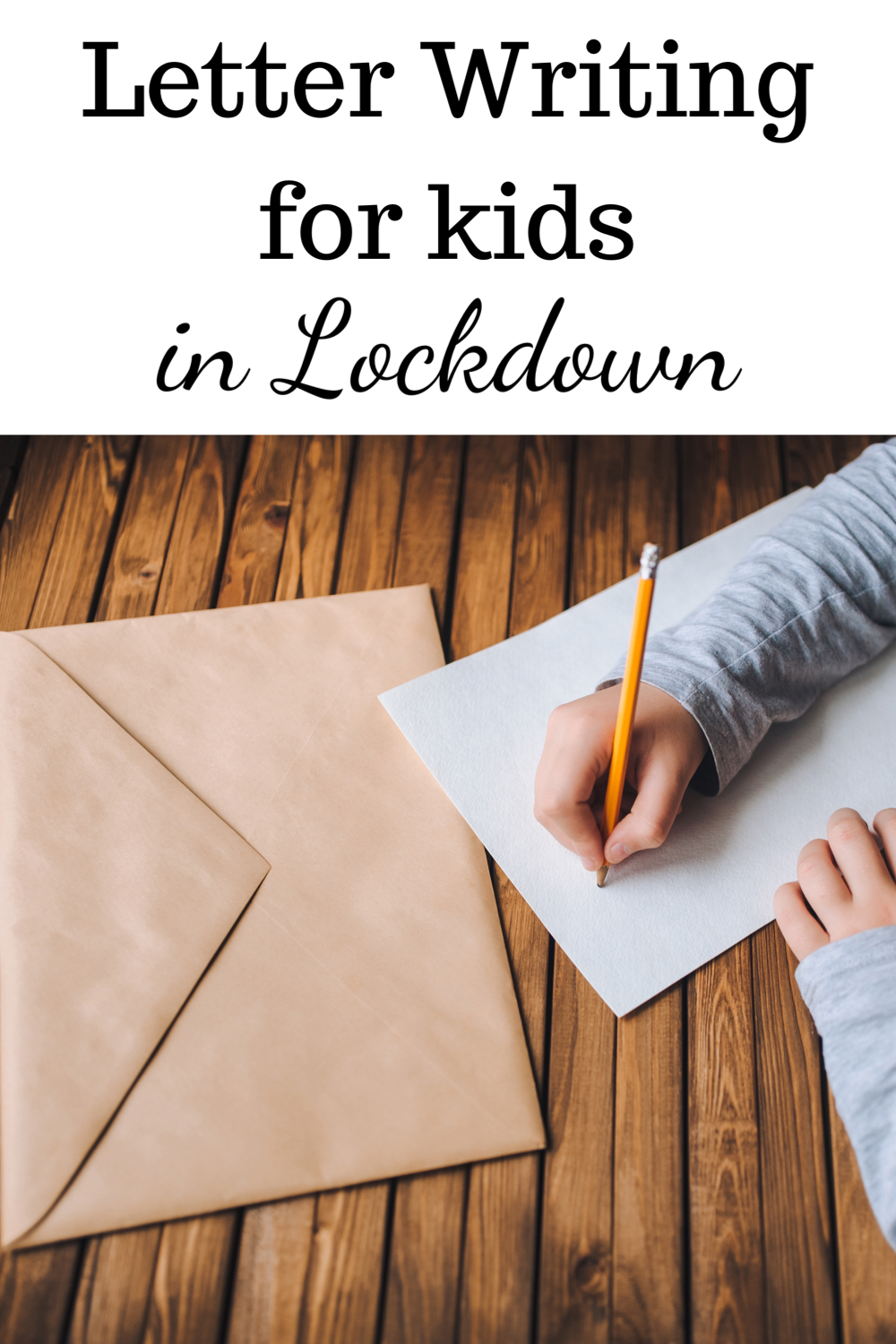