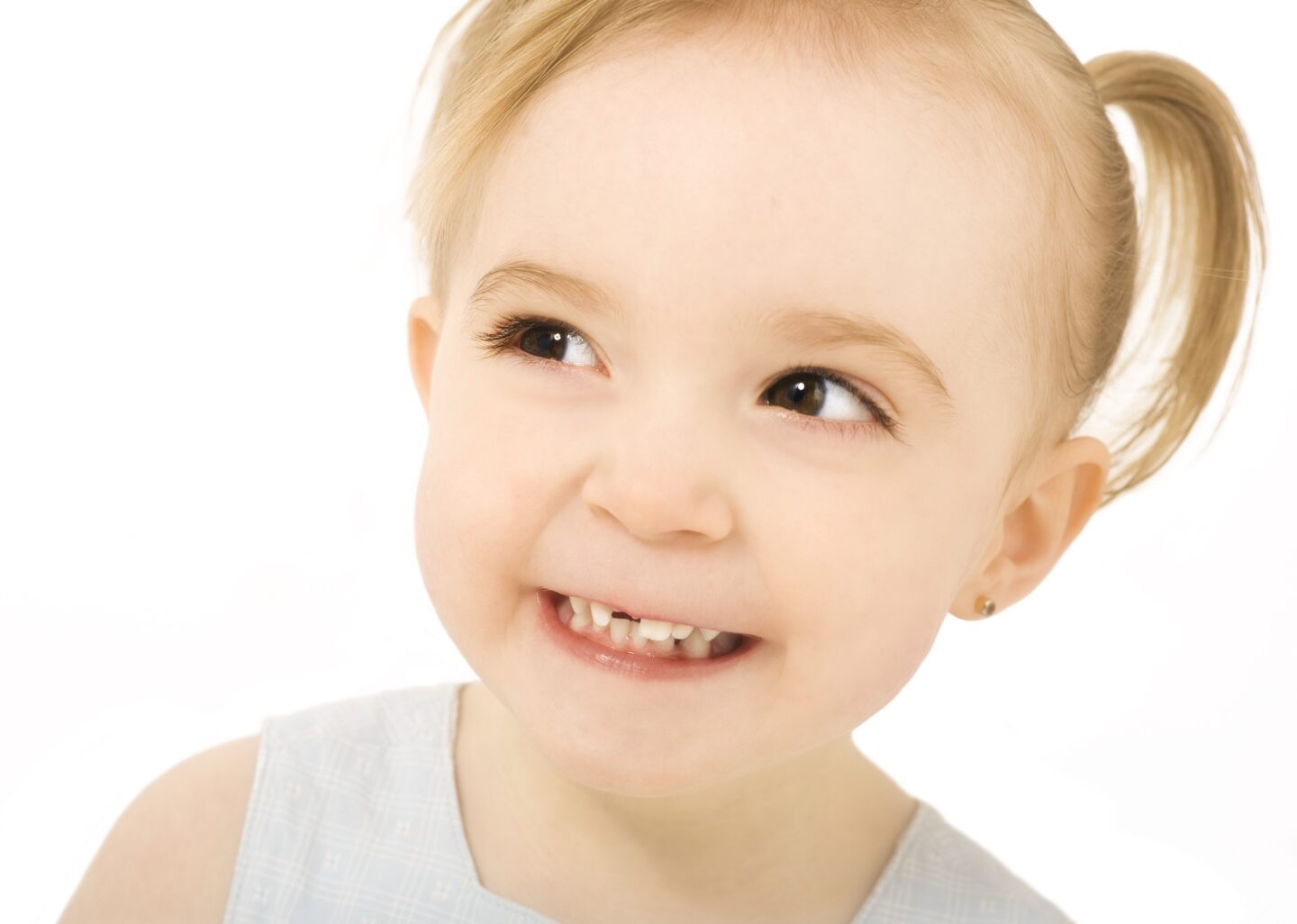 When my daughter knocked a baby tooth out at 11 months old, we panicked. Would she be able to eat normally? Would the adult tooth come through ok? Would people stare at her? It turned out not to be that big of a problem and, now that her adult tooth has come through, I wanted to offer some reassurance to anyone whose child has a baby tooth knocked out.

How the Baby Tooth got Knocked Out

We’d just come back from a walk in the rain and I’d taken her upstairs so I could change into dry clothes. She wasn’t walking yet but was pulling herself up and while my back was turned she pulled herself up using my bedside table. One of the drawers was open and she slipped back down, knocking the tooth on the open drawer.

I knew immediately that something was really wrong by the way she cried. A real pain cry is very different to the tears of anger and frustration you hear all the time as the parent of a baby. I picked her and there was blood everywhere, teeth bleed a lot!

I could see that her mouth was the source of the blood and when she opened it wide to screen again, I could see one of her two front teeth was sticking out at an odd angle.

Her crying actually stopped quite quickly and she was back to her usual self in about twenty minutes. We weren’t sure what to do so we called the 111 service to ask for advice. They suggested that we put the tooth back into position as baby teeth can move quite a lot and still cement themselves back into place. We explained that the tooth was only hanging by a thread and wouldn’t stay in place at all so they told us to pop into A&E to have it checked.

We were lucky that we didn’t have to wait too long to be seen and by that point she had forgotten all about the tooth. We however, were still worried worried. The doctor took one look at it and confirmed that it was definitely going to fall out. They told us to take her home and let it come out on its own and to book an appointment for our dentist to have a look at it.

The Baby Tooth Falls Right Out

By bedtime the tooth was still hanging from its thread and we were worried about what would happen if it came out in the night. Could it choke her and would it be a problem if she swallowed it? We were just waiting for another call back from 111 to ask these questions when she threw her face into her Dad’s chest and the tooth fell right out. It was attached by so little that it didn’t even make her cry.

Discussing the Knocked Out Baby Tooth With the Dentist

We took her to the dentist the next day as we’d been advised to do and were relieved to find he wasn’t overly worried. He said that baby teeth getting knocked out is quite common and she shouldn’t have any problems with eating or speaking.

He explained that it was possible that the bud of the adult tooth had been damaged but given the angel at which it had been knocked it was unlikely. He said he would check it at her annual check up every year but there was nothing that needed to be done.

The Next Few Years

She coped fine without the tooth over the next few years. It became normal to everyone who knew her but while she was still young, new people we met would sometimes ask about it. Once she was 5 or 6 people just assumed she had lost it in the usual way. We held on to the tooth and suggested that she leave it out for the tooth fairy when she lost her fist tooth through the natural process but she’s a bit of a hoarder and decided she wanted to keep it.

Waiting for the Adult Tooth to Come Through

From about 4, at the annual dentist visits he started to say he could see the adult tooth in the gum and eventually even we could see it there with our untrained eyes. When she lost her bottom from teeth at 5 and it didn’t come through we weren’t too worried. When she lost her other front tooth at 7 and it still didn’t come through we did start to worry a bit. This happened during to 2020 lockdown so we weren’t able to take her to the dentist to get his opinion.

Shortly after she turned 8, when the other front tooth was about halfway in, she lost the tooth on the other side of the missing one and suddenly it shot through. We were all very relieved! The only difference we found was that it grew down incredibly quickly, so quickly in fact, it actually hurt occasionally. We effectively had a teething 8 year old! Within a few weeks it was at the same level as the other front tooth.

Hopefully if your baby or child has knocked a baby tooth out, our experience will reassure that it isn’t the end of the world. You might end up with some gappy smile photos but in the long run, the chances are it won’t cause any real problems.